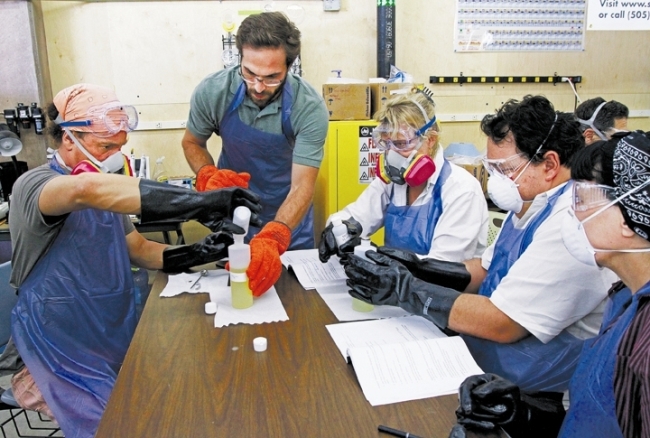 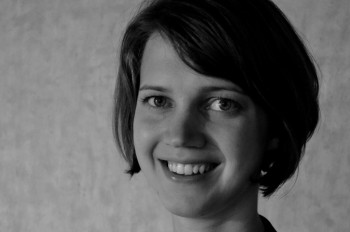 Juliana Ciano
Juliana Ciano - I am a mother, teacher, ADHD coach, artist and environmentalist. When I was in third grade, an…
http://www.reunityresources.com

Reunity Resources is a Santa Fe-based non-profit with a mission to reunite our waste streams with value for our community.

For three years, we have been recycling used cooking oil from more than 60 local restaurants and converting it into biodiesel—the lowest carbon impact fuel. We then re-distribute local biodiesel throughout Northern New Mexico, creating a closed loop system.

After a year of advocacy, we have partnered with The City of Santa Fe Environmental Services Division to make a big impact with this program. We will be collecting and sharing data with the City to show the value of food scraps collection to our community and environment.

For many of you, composting is common: it’s a link between cooking, gardening, nourishing yourself and supporting the health of our planet. It’s a sensible ancient practice that is as necessary and inspiring now as it ever has been.

As individuals, we create an average ¾ of a pound food scraps daily, depending on what and how we eat. This may yield several wheelbarrows of compost in our summer season.

As the City of Santa Fe, we generate about 50,000 pounds of food scraps DAILY which could yield thousands of cubic yards of compost for our farms, gardens, parks and highway medians.

40% of food in the U.S. goes UNEATEN. It is lost between farm and fork…trimmed off in processing facilities, spoiled during storage, damaged during distribution, and picked over in retail. Then it is trimmed, picked over and discarded again according to professional food service industry standards.

Most of this food ends up buried in landfills, where it creates high quantities of planet-warming methane (methane traps 21 times more heat than CO2). Uneaten food is the single largest component of municipal solid waste!

If FoodScrapsInLandfills was a country of its own, it would the world’s 3rd highest emitter of greenhouse gases!

We can make a big impact by uniting with businesses and government to increase efficiency in our food systems and compost the waste that does occur.

Here in Santa Fe, local non-profit Reunity Resources has advocated with the City to be permitted to launch a commercial composting program to collect food scraps from local businesses. However, there is no City funding for the program.

Reunity Resources will begin picking up the non-repurposable food scraps from a pilot size of 30 commercial clients at the end of March. Reunity will build program logistics and collect data for expanding composting endeavors in Northern New Mexico. Reunity will also be working with local food banks to ensure the maximum amount of edible food is used to feed people.

At its pilot size, the program will divert up to 2,000,000 pounds of food scraps from the landfill in its first year of operation. That is enough organic material to create a pile of apple cores, red chiles, moldy bread and rotten lettuce leaves as high as Mount Everest!

We are taking the steps toward large scale zero waste reality. Less than 30% of what ends up in our landfills actually belongs there. Of the 70% that does NOT belong there, at least a quarter is COMPOSTABLE.

U.S. soil is currently eroding at 17 times the rate at which it forms: We need nutrient-rich compost to rejuvenate our exhausted soils and grow healthier food! Compost replaces the need for chemical fertilizers, retains moisture, and provides nutrients for healthy plant growth.

Now is the time—first collections are slated for the end of March—mere weeks away! Want to join us? We need your help! We are raising seed funds, spreading the word, designing educational materials, creating logistical systems and contracting with clients. Please contact us at (505) 629-0836 or online at www.reunityresources.com.

The Solutions Lab is an exciting experience for us, and it arrived at such an interesting time in our organization’s growth. We are pedal-to-the-metal with our commercial composting pilot program launch—it’s in the phase of logistics, nuts and bolts, and practicalities. Yet, we are communing with others to begin carving away the dross of a Raw Idea (SoLab stipulation: brand new endeavor, not yet underway…) We are dancing between the world of lists and tasks, and the world of ideas and dreams.

It’s exciting for us, because the compost program was an idea and dream 3 years ago. 2 years ago. And even 1 year ago when we first heard the City Environmental Services Department say “Great idea. But, NO, you can’t do it.”

We’re living the trajectory of Raw Idea to Reality…which makes it all the more exciting to be in the process of developing a new idea while making a past ‘new’ idea a reality! Steadfastness!

I’m procrastinating talking about what the Raw Idea is. It’s true. You caught me!

I utterly failed (whatever that means…) at articulating the idea our session a couple weeks ago, as it is, you know, a Raw Idea. I barely know what it is, much less how to articulate it.

That’s what the Lab is for, that’s what the next year or three of twists and turns are for, to forge the idea into its articulate-able form.

An effort, risking failure again (why do we have to keep risking that again and again??) Reunity’s focus is creating local energy sovereignty and food security by building closed-loop systems that turn local waste into fuel, soil, heat, and electricity. Our focus has been commercial-scale work, because the impact can be so big so quickly. We’d like to harness the power and excitement of individuals by creating a cooperative-model program wherein neighborhood-based groups have a fun, inspiring framework to share sustainable practices and data to track their overall impact.

On a municipal level, we would also create infrastructure such as an anaerobic digestion facility and off-site solar panels for residents who could not put them on their properties. Members would choose a level of participation on the front end for a community energy exchange credit later.

70% of what it in our landfill does NOT belong there (it’s compostable, reusable or recyclable)—let’s activate our awareness and create practices to stop putting it there!