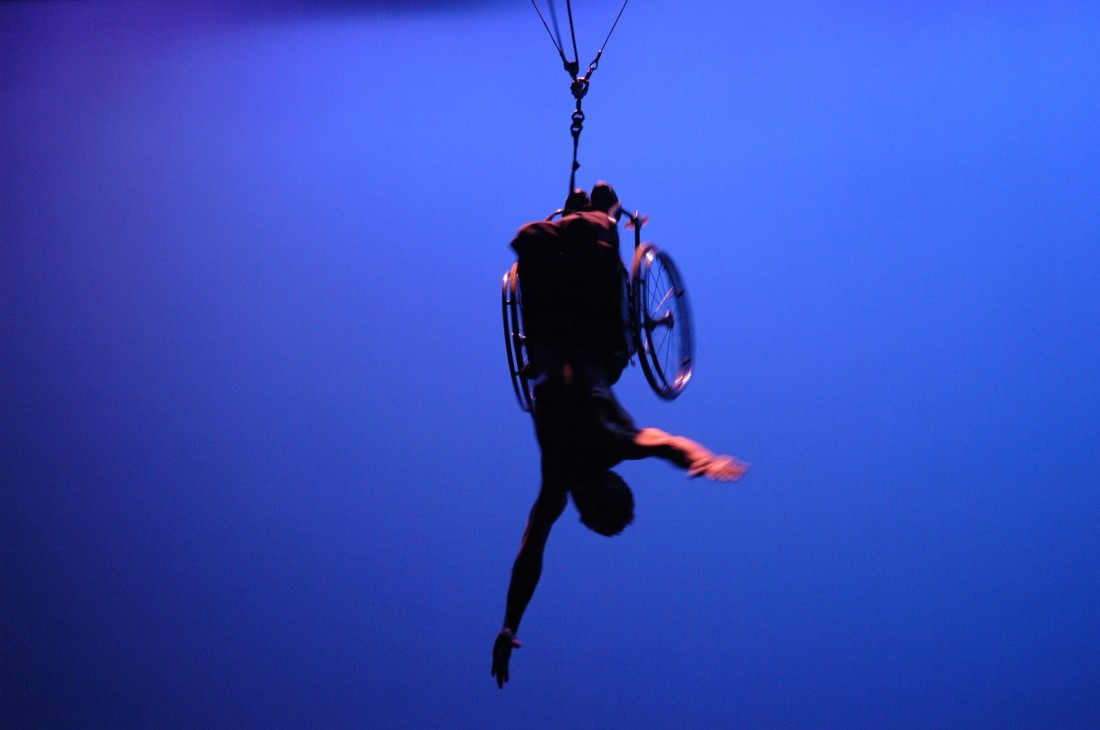 Q: How does Sins Invalid’s emphasis on “disability justice” differ from a more mainstream organization that advocates for “disability rights”?

Disability justice takes the dominant understanding of disability as both a medical issue and as a social marker, and shifts “disablement” into something that generates from the broader social body’s understanding of people who fall into a “non-normative” framework, and then contextualizes that shift within a social justice analysis.

Q: Sins Invalid’s cultural work has been especially focused on challenging the normative paradigms of sexuality created by an ableist society, offering a vision of sexuality which honors the beautiful multiplicity of bodies and desires which ableism tries to erase. Why this emphasis on sexuality?

LM: For one reason, sexuality is a really huge part of the human experience – it’s a part of all of our experiences – and because of the history of ableism in this country, sexuality isn’t really seen when you talk about people with disabilities, and that’s a totally sad situation. Sins Invalid really builds our performance art and our political education around sexuality, because many people with disabilities are prevented from expressing our sexuality in our daily lives, and it shouldn’t be that way. 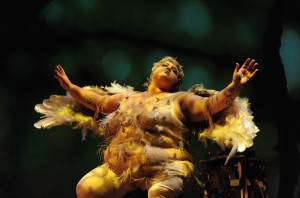 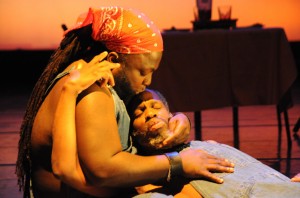 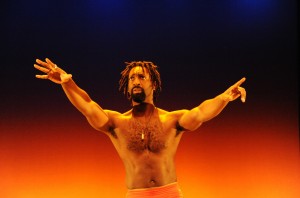 I think that by reclaiming our bodies, our sexualities and our joys, including our sexuality, we give a huge pushback against an ableist framework…

You know, there’s a huge amount of sexual violence against people with disabilities, the statistics are as high as 70% of people with disabilities are sexually assaulted before the age of 18 – so when we’re objectified and “othered”, when our bodies have been used against us, it’s a huge reclamation of ourselves to fully inhabit our bodies, including our sexualities. Self-determination over our sexualities is a cornerstone of self-determination over our bodies.

Q: Can you tell us more about the recently released documentary, “Sins Invalid: An Unshamed Claim to Beauty in the Face of Invisibility”?

Q: Most people know Sins Invalid through your cultural work, but you’ve also been engaged in leadership development, political education, and organizing for disability justice. Could you tell us a bit more about these areas of work?

Q: Looking back on your experiences, what advice might you give to a young, disabled artist or activist who is passionate about working towards disability justice?

LM: I would say try to get grounded in who you are. I think, speaking for myself, that’s what led me to getting politically involved – strong self-knowledge, knowing that my body, my human rights, my culture, my history, my art, my writing, can have a voice and impact people beyond me, can create community…So be grounded in yourself, and be grounded in people that can push you. I think that’s another lack I see within the disability rights movement – that they want to feel comfortable, and comfortable, for me, doesn’t equal challenging yourself, really being open to what you don’t know, what you need to know. So, yeah, being comfortable in your own shoes lets you be grounded in people that can push you to where you couldn’t go alone.

Leroy Moore Jr. is a Co-founder and Community Relations Director of Sins Invalid and the creator of Krip-Hop Nation, a network of Hip-Hop artists with disabilities and other disabled musicians from around the world. He shares his perspective on identity, race & disability for international audiences.

Patty Berne is a Co-Founder and Director of Sins Invalid. Her background includes community organizing within the Haitian diaspora and advocating for LGBTQI community and disability rights perspectives within the field of reproductive and genetic technologies and offering mental health support to survivors of violence.

Support the truth that all bodies and communities are valuable and beautiful!