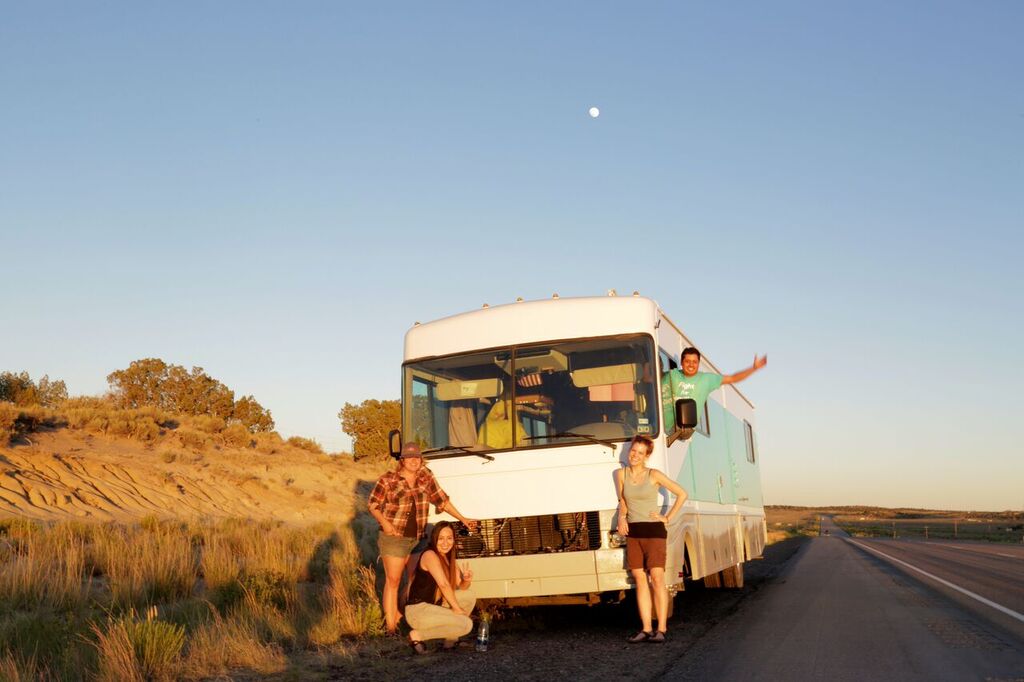 Santa Fe Dreamers Project
Santa Fe Dreamers Project provides free legal services to immigrants and refugees in New Mexico and West Texas, with a…
http://www.santafedreamersproject.org
What were the initial sparks that got Santa Fe Dreamers started?
I was living in Santa Fe and teaching at an elementary school. It was a frustrating time. I was working with immigrant students and I saw how my student’s families were struggling. I decided to go to law school because I wanted to have a sophisticated toolbox of advocacy for those families. When I got out of law school I wanted to address the inequities for these families. Out of love for my students I wanted to take a creative approach and look at the inequities they’re facing to help them solve their problems. I wanted them to succeed in school. So, I went back to teaching for year and reconnected with all the families and got re-inspired to do this work. I then received a grant from Adelante to start exploring this project around Deffered Action, which gave me an opportunity to start shifting the status of the kids in the community. In Santa Fe there’s a 60 percent graduation rate and the dreamers I worked with had a 90 percent graduation rate. Maybe these kids aren’t “at-risk” at all. Maybe they just didn’t have the right tools.

When I was working as a social worker in the schools I would cruise the hallways to talk to kids who would qualify for the Deferred Action papers. We decided to open up a weekly free legal clinic in Santa Fe and people would come from all over the state to get advice and this is how things exploded. Last year we filed 400 applications for dreamers on a tiny budget. We’re not constrained by what traditional lawyering has to look like. We can do awesome things because we choose how this looks and feels. 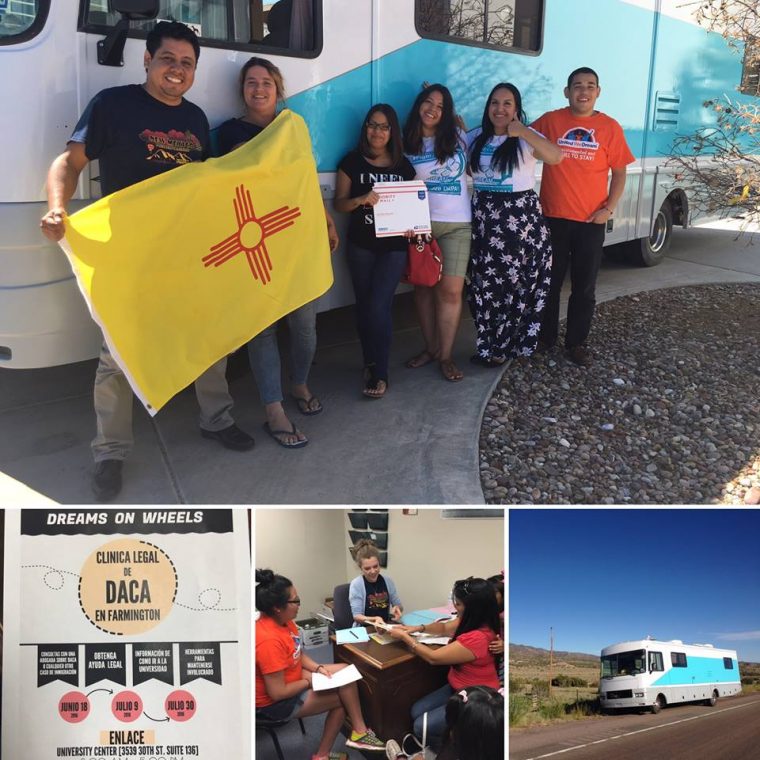 Did you have a favourite work moment?
I had this couple come in a couple weeks ago. I had helped them with their deferred action a couple years ago, helping them change their status. They have two small kids. They came in and they were talking to me, sharing some updated. The woman just got promoted at the bank she’s working at. And, the man got promoted and they are closing on their first home. This is the kind of transition that will change their children’s lives! It’s a ladder out of poverty and especially in New Mexico this means so much. The admin to help them was so simple. Simple, legal work helped this family so much. I see examples of this all the time. This work with individuals can have actual impact on local and state economy and the health of the kids that live here. 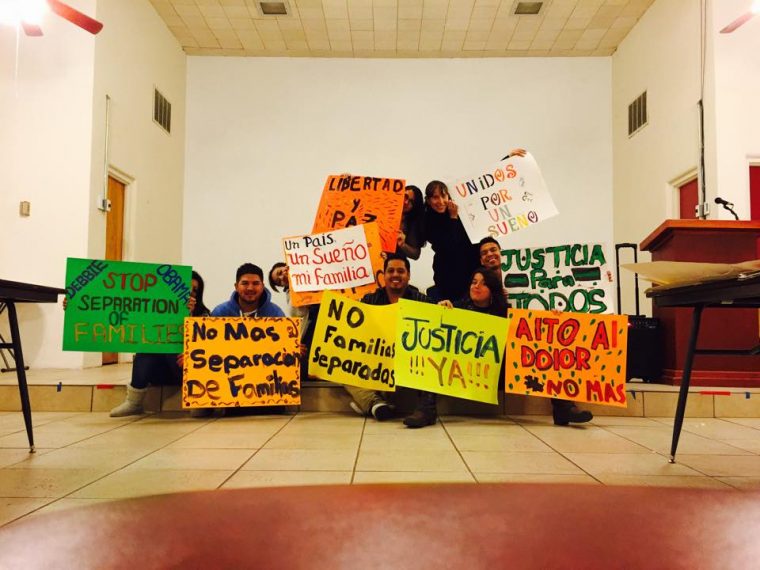 What was it like to receive this Flow Funded grant from Erika Wanenmacher?
You don’t imagine that the art community is looking at this work and especially in Santa Fe where it’s hard to compete with the arts. It’s helpful and encouraging to have someone from that community look at what we’re doing and validate as important and meaningful. The donation is saying is that you believe that these kids matter and believe in what they are capable of. Investing in these changes is saying to these kids that they matter. That’s what the work does for these young folks.

What are you going to do with your grant?
We have this RV called Dreams on Wheels. We have a pilot project where we’re trying to bring our legal services to very rural areas in New Mexico–to the most underserved communities.  The grant is helping to retrofit the RV so we can bring these services to these communities and have some fun.

If you could nominate one person to become a Flow Funder who would it be and why?
Cara Pro Bono Project – They crowdsource legal aid projects for refugee children detained at the border. 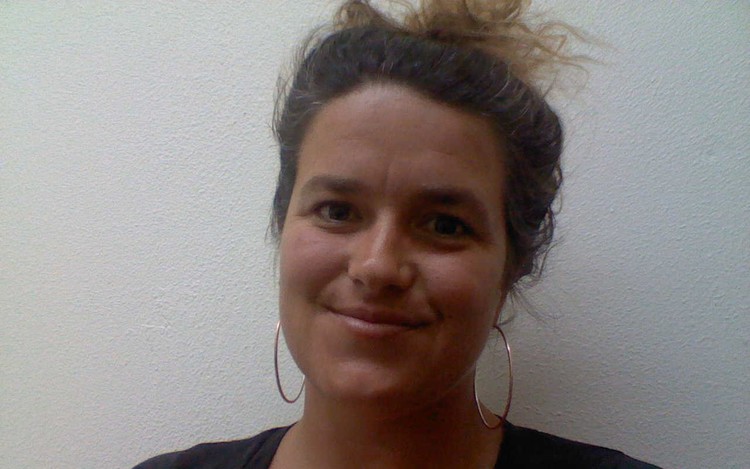 Allegra Love is the attorney and director of SF Dreamers. She began her career at Santa Fe Public Schools in 2005 as a bilingual elementary school teacher and followed her passion for working with immigrants to law school. After graduating from the University of New Mexico School of Law, she came to work for the Adelante program of Santa Fe Public Schools, where she founded this project. She volunteers extensively, both in her community and elsewhere, for organizations like the Santa Fe Youth Commission, No More Deaths, and New Mexico Dreamers in Action (NM-DIA). Most recently, she has worked to defend Central American women and children detained on the US border. She is a member of the American Immigration Lawyers Association (AILA). She has a BA from Dartmouth College, a JD from the University of New Mexico School of Law, and is a licensed teacher in the state of New Mexico. She loves country music and riding around in trucks.

About Erika Wanenmacher: The artist Flow Funder who brought us to SF Dreamers

What was that lightbulb moment when you knew who you wanted to recommend for your Flow Fund?
Allegra came to mind specifically. She’s so amazing in her dedication. I didn’t know about what she did until a couple years ago. I talked to her at a party and she had just come back from a women and children’s holding facility in NM, she called it the baby jail. It’s a place for kids crossing the borders by themselves, escaping different places in Central America. She started telling me about a whole volunteer force of lawyers, that she is a part of and I thought it was unbelievable. I talked to her again just after this Flow Fund news went out and she thanked me. No, thank you! You’re doing work that most of us can’t do. To be able to put this money towards the cool stuff she’s doing with the dreamers project is awesome.

What was the Flow Fund experience like for you?
It was great! It was more money than I could give to people individually. In fact, when I got my Kindle check (for her Makers Muse Award in 2013) I gave a few people money. I tried to spread it around. It was pretty thrilling!