• What do you see as the greatest challenge your community is facing?
When I talk about “our community,” I’m really talking about our clients’ communities. They’re on the front lines of environmental racism and social injustice. The biggest challenge is a really bad system of power inequity. It makes addressing issues of a clean and healthy environment difficult when decision-makers are bought and sold while the people they represent often have to struggle to feed their families.

• What is the strongest asset of your community?
Unflagging will.

• Who are your real-life heroes in your field?
I have to say, our clients and their communities. They’re the ones who have everything to lose – and often they do lose. The environmental and economic issues they’re working on can destroy families. Sometimes they become pariahs in their communities… yet they keep going, year after year after weary year. 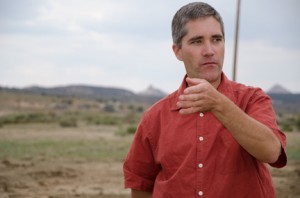 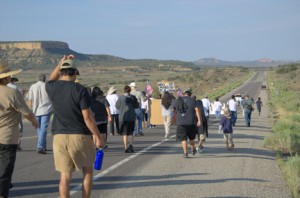 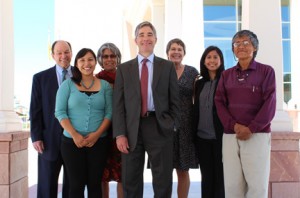 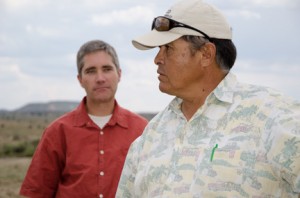 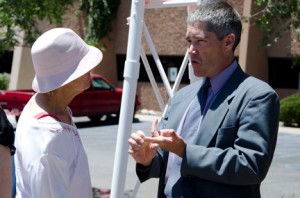 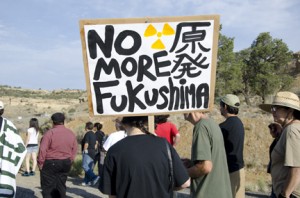 •When and where did you feel most fulfilled in your work?
I don’t think that I can point to one time or place. Working within the system that we work in, my clients appreciate even small accomplishments and little steps. That’s fulfilling.

• What is the trait you most deplore of your field?
Well, I’m a lawyer, and I’m going to say that many in my profession are assholes. I don’t know a kinder way to say it.

• What’s your favourite way to procrastinate at work?
Interviews like this. And playing with the office dogs.

• Favourite moment at work?
The minute after a hearing’s done.

• If funding were no object, what would you do?
I’d fund a people’s non-violent liberation army, and scrap the whole system. Build a new one from scratch.

• Favourite song?
Sinatra’s Fly Me to the Moon.

• Favourite activist?
I hate to pick just one, because these are collective efforts.

• If you could give $10,000 to any organization besides your own, which would it be and why?
To the Multicultural Alliance for a Safe Environment in northwestern New Mexico. They’ve done a really good job in a short amount of time of combining social justice and environmental justice activism around uranium mining and cleanup. They’ve done a lot with not many resources.

• What do you think is the greatest social issue of our time? Income disparities. Unequal economic and social power. • Favourite historical figure?
This question covers too much ground. I’ll have to get back to you.

• What did you eat for dinner last night?
Whole wheat fusili with homemade marinara sauce.

• On what occasion do you lie?
I don’t lie very regularly, I guess.

• What do you think is the greatest environmental issue of our time?
Depends on where you live. Environmental issues are mostly local, except for climate change, which could sterilize the entire planet.

• What makes you the most angry?
That evil never sleeps.

• What book are you reading right now?
For All the People, a history of cooperatives in the U.S.

• What’s your favourite online resource for news?
Commondreams.org, guardian.uk and truthout.org are my three go-to sites.

• What’s your favourite online resource for fun?
Mountainbikereview.com. It’s fairly subjective, but it’s a great resource if you’re buying gear, or if you just want to see some badass videos.

• What’s your favourite blog?
Karatebyjesse.com It has a very interesting take on traditional martial arts that you don’t get in other places.

• What makes you the most happy?
Getting on my bike and going for a good, long mountain bike ride in the East Mountains outside of Albuquerque.

• How do you think we can change the world?
The only way to change it, aside from letting climate change unfold as it is likely to do – which will force the change on us – is through collective action.

Join the Climate March Next Month

The Great March for Climate Action will be heading through New Mexico throughout May; join this historic effort in a state that is bracing for the drought, heat and fires that will likely occur because of climate change. See http://climatemarch.org/ for details.