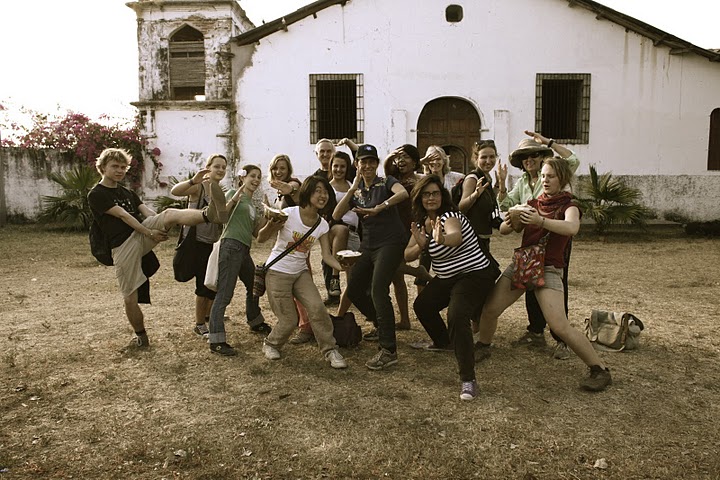 El Salvador is the smallest country in the Americas. From 1979 to 1992, El Salvador went through a violent civil…

In late February, I had the honor of traveling to El Salvador to witness and partake in Campameñto Paz. The brainchild of Selena Sermeno, Campameñto Paz brings together brilliant young people from all over the world to foster a positive environment for El Salvadoran youth to constructively engage in conflict. I had the privilege of nurturing friendships with many of these young people. As such, I am pleased to share with you the reflections from Maria Alejandra Escalante, from Columbia and Anastasia Vladimirova, from Russia. Both young women are graduating this year from United World College Costa Rica. Thank you Anastasia and Maria for your reflections.
– Sadaf Cameron, Kindle Project Co-Director

Days charged with plentiful emotions. That is how our days were in Project Week in El Salvador. That country that in a map seems to be right besides Costa Rica, becomes far, far away after 42 hours in a bus. In all honesty, El Salvador was not a place on my top countries to visit, for it simply belonged to the sum of countries that do not have a lot of pages in History books. That was a huge mistake. There should be thousands, millions of books that talk about the uncountable value of Salvadorian people, their hospitality, the contrasts, the cruelty in which they lived in for so many years, the artist Fernando Llort, La Palma and its facade drawings that are distinguished as national patrimony. Or maybe what we just needed was a visit to this country. 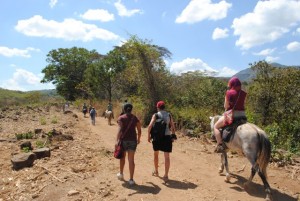 College Costa Rica. The project’s aim was to share concepts about pacific conflict resolution with Salvadorian youth, so they could have a chance to avoid entering the wave of violence that chases them around since the end of the Civil War in 1992. One of the special features of the project is that we were an inter-generational group, characteristic which made the experience revolve around a full learning from Reese and Anne, a beautiful couple from New Mexico, California who decided to collaborate in the project; from Sadaf who invested time, energy and resources from her own Kindle Project to support our project; from the two drivers who helped us in transportation, one who used to belong to the guerrilla FMLN and the other who was part of the militia in the times of the Civil War. As it was a movie, these two men shook their hands, hugged each other and knowing that the chances that they had pointed each other with their guns during the War were high, decided to close the door of that excruciating past. And also the learnings coming from Selena and Susan, the coordinators of the project, and most importantly two strong and admirable women that introduced us to an essential principle: we all have the skills to help others who need us. And of course I could not go on without mentioning the learnings that came from working with children from 12 to 17 years, whose families have been drastically changed because of the War consequences that affected almost 75% of the Salvadorian population.

During the first days of the week we visited key places to understand the previous development of El Salvador before the War exploded in 1980 and after it was installed in the country for more than a decade. We talked with the Carmelita nuns who are still constant followers of who is nowadays one of the most important figures in El Salvador: Monseñor Romero. We talked with Oscar, an ex militant who kindly let us stay in his home where we had a panoramic view of San Salvador. We understood Oscar’s point of view; we understood that he regrets his participation in the War, but he is doing everything he can to repair that damage caused. We listened to a journalist talking about the effects that the War had on the country’s economy and how, for him, the only possible way to reconstruct El Salvador is to adopt a social democratic system, as the savage capitalism is not going to end. At least in his life time.

While we filled our hearts and minds with historic information and hundreds of images that at some point made us all cry, our duty was to plan out the camp with the Salvadorian kids in the province of Chalantenango. I think that we designed at least 47 different games for the camp and as we had to try them out, we had repetitive moments of fun each day.

The camp itself aroused all kinds of feelings that are hard to put into plain words. These children had stories of abandonment, suicides, assassinations, violations and all sort of problems that were not part of our lives. Some of them would not make eye contact with us, some of them trembled when they had to talk in public. They felt so grateful towards us for everything we did that I started to feel a bit uncomfortable thinking that I was gaining more than what I was giving out, when actually all the attention that we put into these kids is not more but a right they deserve to claim. It was hard to brake the tension and create an “espacio de confianza”, as Selena taught us, so they could tell us about their lives. But irrationally, I think it was because of their innocence and good heart, in less than two days the kids hugged us, cried in front of us and told us that some of them were afraid of the maras, of a new war and their mothers not coming back from the United States to be with them.

I do not know how big was our impact in the Salvadorian youth. I know that for at least three days, they felt they owned a place where to play 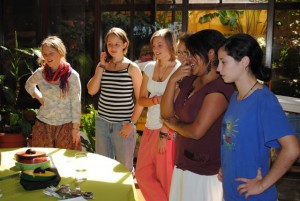 with a ball and work with play dough and crayons and be listened. The truth is that all we did is based upon an act of faith. And I believe that we began a thread of the idea that they are free to be whatever they want to be and that they deserve happiness on top of all.

The impact that the experience has on us is perhaps deeper than I thought it would be. We are inspired by the people who have dedicated their lives to construct a better society. And if there is something that I can be sure of, is that I do not want to leave all this thoughts in the mere air as it usually happens. 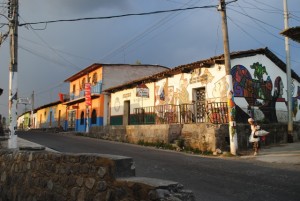 I set heart on peace and conflict studies in UWCCR, and owing to the wonderful opportunities that our college offers to its students, I have realized one of my prior objectives – to go to the post conflict country and immerse myself in its atmosphere, to experience the real post conflict state of the society. Having never gone through a conflict, having neither experienced the consequences of the war, I could have only imagined what it was like, I could only guess and assume. However, the feeling was not the primary reason for going to El Salvador.

I have always believed that we possess the essential and vital, in some sense, traits – compassion and empathy. I perceived them as spontaneous true feelings which occur as an emotional response to person’s story or a confession. I thought of empathy as a strong connection that can appear between people and how it can unite them.

Meeting Selena, Susan and the whole team made me realize that we can build shelters for others with our empathy and that we can heal with our presence. This is what we have been doing during the camp in La Palma. And I hope with my whole heart we succeeded. It all started with fear of the unknown. Everything and almost everyone was unknown. What would the reaction be? What if I am not open enough to build a shelter for the kids? What if they will not trust me? In like manner, the kids were undoubtedly scared and yet excited.  It took us a while before they finally started to look into our eyes and we felt they were ready to accept us as more than just strangers form all over the world. I remember what Selena told us: we can lead with our vulnerability. I believe she was right, because we shared a very common vulnerability within the group – our Spanish was not good enough to fluently talk about things like war, loss, fears, dreams, hopes and future. From my own experience, struggling with my clear inability to be as good as a native Spanish speaker, I can say, that vulnerability can appear to be the very feature that   enables us to build the trust and security between us and these young people.  You start feeling the closeness. Although we spent only 3 days with the young people at the camp, on the night of the second day, we felt as if we have known them for very long time. I often thought that I had become a part of this experience, as if I could look upon myself and learn from my own self. I have realized what the magic of connection is.  I learnt that building “espacio de confianza” is a very delicate and difficult work. It is a demanding work where empathy is a crucial element. It is definitely the essential work that has to be done to restore trust and give the new hope to people in any post-conflict society. 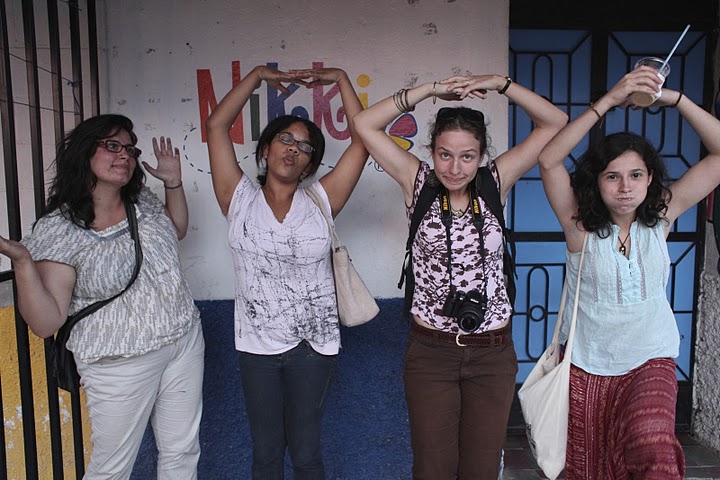 Maria is on the left, Anastasia is second from the right.