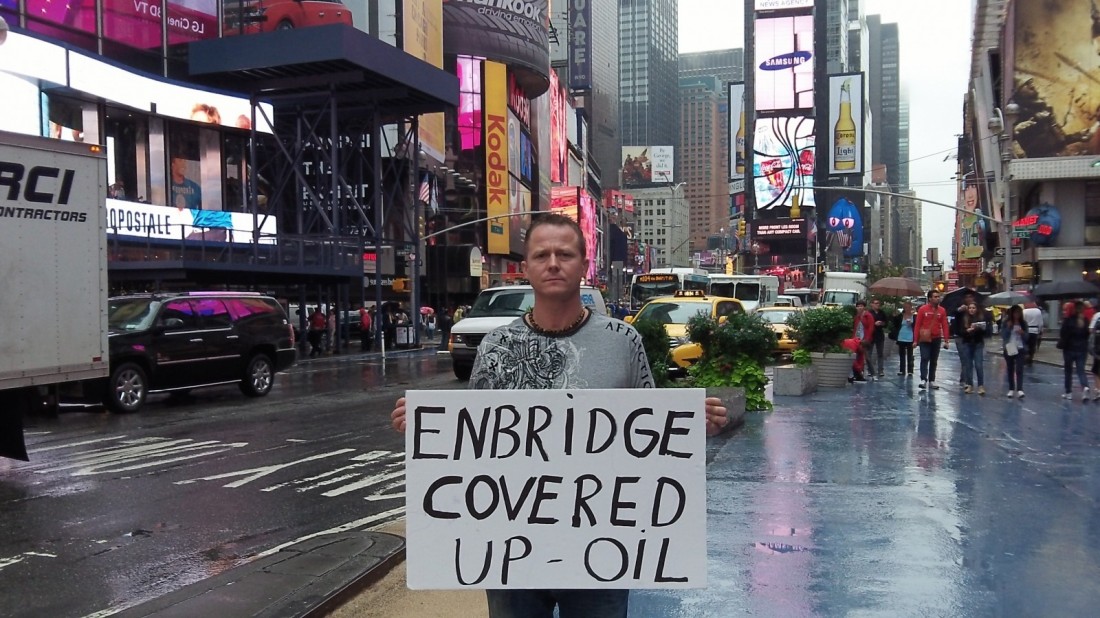 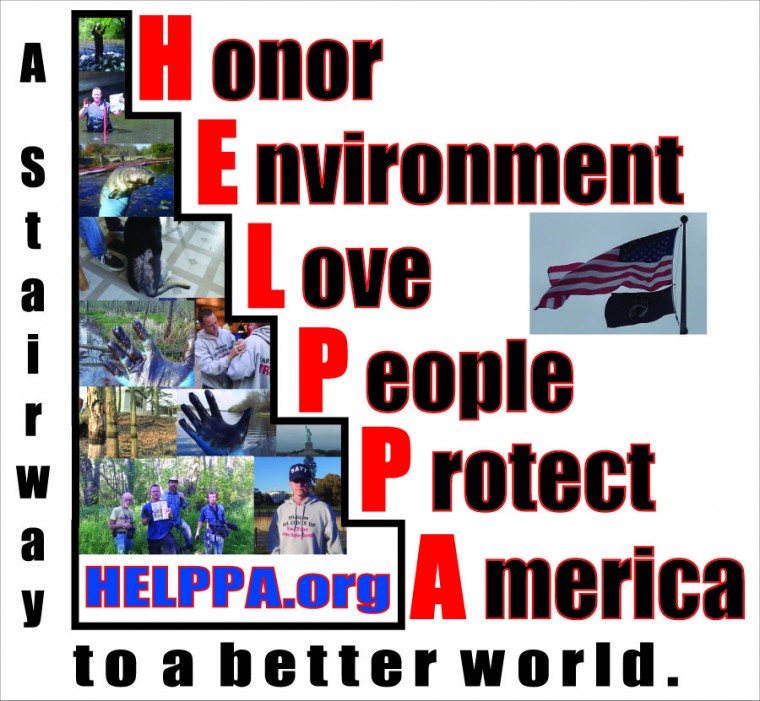 Helppa.org is the organization I created to fight against corporations polluting our water, air, land, and life with toxic chemicals. I document spills around the country by “exposing the truth with video proof.” I document, educate and defend the people, animals and environment from corporate lies, bullying and injustice. Read my bio after the interview to learn about how I arrived at this work.

What do you see as the greatest challenge your community is facing?
Proving that residents are sick as a DIRECT RESULT from the toxic chemicals they were exposed to during the spill. My interviews and my health study is vital to proving this in public opinion and in the court of law.

What is the strongest asset of your community?
That I have county and city commissioners, a police chief and officers, paramedics and doctors that are all backing me up in my pursuit of the truth.

Who are your real-life heroes in your field?
The Environment wasn’t my field until I saw my community and our environment devastated. That changed my life and gave me a purpose from God. My heroes aren’t the leaders of organizations or politicians that speak about climate change or government issues, but are the ones that are in the trenches and become whistle blowers that have everything to lose and nothing to gain. So Whistle Blowers are my heroes.

When and where did you feel most fulfilled in your work?
I felt most fulfilled when Enbridge had to re-clean areas up that they said were 100% clean the year before at the cost of over $400,000,000 so far because of my video evidence.

What is the trait you most deplore of your field?
I hate that oil or fracking workers can’t come forward because if they do they will risk losing everything they have including their family’s well-being and income all because they want to do the right thing and tell the truth. My entire family works for oil companies and they can’t even tell co-workers they support me out of fear of being blackballed or fired.

What is one thing you wish the general public knew about your work?
If I wasn’t alone in this fight I could accomplish so much more.

If funding were no object, what would you do?
I would have a toxic spill crew ready and able to document any future spills around the country. I would have a speaking tour at 50 different events in a one- year period. I would make an in-depth documentary. I would put billboards on every major highway and buy tens of thousands of t-shirts and yard signs all to direct people to the video evidence at helppa.org. Tar Sand Truth. HELPPA.org

What’s your favourite way to procrastinate at work?
I work between 40 to 80 hours a week for free for the last three years so to procrastinate wouldn’t be in my vocabulary. My soon to be wife is praying for the day I can get paid to do this very important work. It’s hard to start a family with $0.

If you weren’t doing this kind of work, what would you be doing?
Working for oil companies or Union work.

Favourite moment at work?
When an oil worker sneaks me vital information because he wants to do the right thing without the risk, so he gives it to me because he has trust that I won’t give his name up. 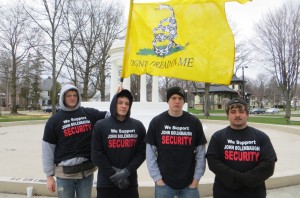 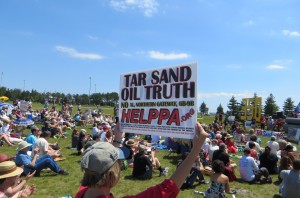 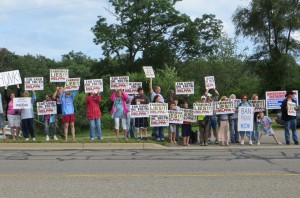 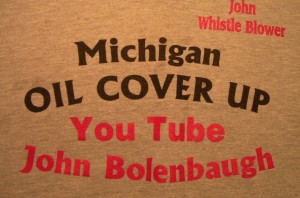 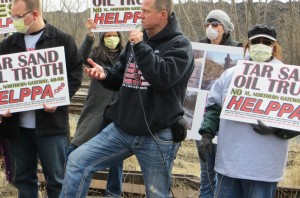 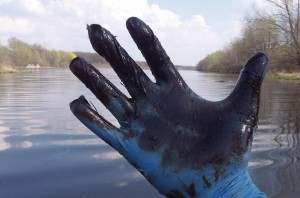 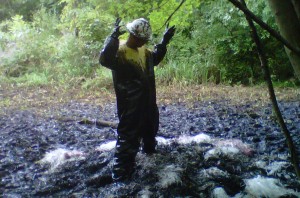 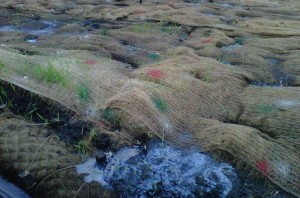 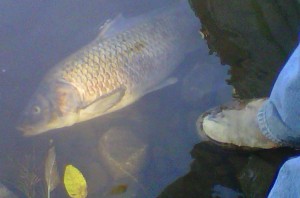 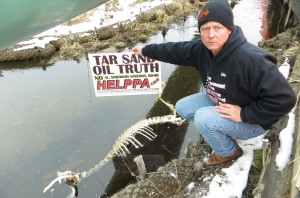 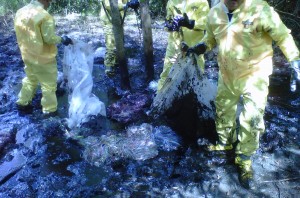 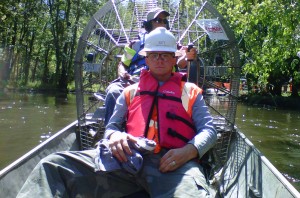 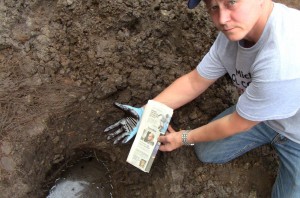 Favourite song?
“Eye of the Tiger” by Survivor, and “I Need Love” by LL Cool J

Favourite activist?
I don’t want to toot my own horn but at the moment it is me. I am very proud of the current changes in my life that have made me a better man- a man with a purpose for others and not one for myself.

What did you eat for dinner last night?
Salad. I am trying to eat healthier now that my kidneys are not functioning properly.

If you could give $10,000 to any organization besides your own, which would it be and why?
To John Hopkins to get his Tar Sand book finished, published, and out to the masses.

On what occasion do you lie?
Only to tell a worker at depositions that I have him on video speaking to me in a past conversation. Only to get him to tell the truth because he thinks he may be caught lying under oath. Don’t know if I should have let this secret out of the bag. However, I do have many workers on audio or video so let them take that chance and go to jail for perjury.

What do you think is the greatest social issue of our time?
Government false flags and political lies and agendas

What do you think is the greatest environmental issue of our time?
The major loss of clean air and water. Tar Sands and Fracking being two of the worse causes of that loss.

How do you think we can change the world?
Stop all Tar Sands and Fracking. Go solar and wind.

What book are you reading right now?
Tar Sand articles. Hundreds of them.

What’s your personal motto?
“Tough times never last, but tough people do!” My high school wrestling coach (John Major, U.S. Olympian) told me this years ago and it has helped me through so many tough times in my life.

What makes you the most angry?
It makes me angry I can’t seem to find anyone besides what the Kindle Project has already helped me with that wants to fund me to do the dirty hands-on hard work for them. For the well-being of everyone! I will sacrifice my life if needed. Why can’t some rich person say, “Hey, I want to help you try to change the world one video at a time.”

What makes you the most happy?
That people are waking up and coming together to protest and stand side by side. If we all could abide by 1 Corinthians 13 (the bible verse about LOVE), we could change this world not only for ourselves but for generations to come.
Honor Environment, Love People, Protect ALL!
HELPPA.org
Thank you Kindle Project
John Bolenbaugh

I am a Navy Veteran with a Bronze Star while serving in the Gulf. During my service I helmed (Drove) the 1.5 billion dollar Aircraft Carrier CVN 70 (Carl Vinson) in and out of ports around the world. Highlights during my service were that I was the coach and captain for my ships wrestling team and I had the opportunity to wrestle around the world. I was honored to shake President Clinton’s hand when he came to visit our ship. I have been a head or assistant wrestling coach for freestyle and greco in Jr. high school, high school, and Navy. I also helped out at the college that I wrestled at where I earned varsity letters and academic all American honors. I have been voted coach of the year in my district and I am a former freestyle state champ and greco finalist and high school MVP. I have four years of building trades certifications. I am qualified in 17 different areas of FEMA (Federal Emergency Management Agency) with certificates in each. I am currently a Union member (that’s being Blackballed) with certifications in oil and toxic spill clean up including the Hazwopper. I was a sub-contracted foreman for the TransCanada Keystone 1 pipeline and during the oil spill cleanup ENBRIDGE personally appointed me to be the yard boss for the biggest staging yard for the biggest inland oil spill in United States history. I then became an on seen site clean up technician which lead to becoming the Whistle Blower for the Michigan (ENBRIDGE) Tar Sand oil spill of over 1,000,000 gallons that spilled the most toxic chemicals known to man kind into our air and water. Now I have become an amateur reporter, investigator, speaker, video editor, radio host, web designer, and social media prosecutor of corporate injustice. Besides the Kindle project grant I have spent over $35,000 of my own personal money documenting and educating the public about Tar sands. I have bought thousands of T-shirts and yard signs that I gave away for free in the attempt to get the message and videos out. I have spent over 7,000 hours of my free time documenting this spill and many other spills (Yellowstone, Mayflower, Gulf). I have lost an $80,000 a year job and career. Now I have even started to lose my own health and well-being with new kidney issues, migraines, and dizziness from the constant exposure to these chemicals. I have risked my freedom from being arrested, my safety, and possible life all in the pursuit that the word gets out. Why? Because my videos can save future lives.

I have proven to myself that one man can make a difference, but I have learned that a group of men and women can change the world. Please stand with me to help me help us.