Sound Central has been working since the 15th of August to evac Afghan musicians under threat. After the initial success of the first 2-week evac window, we built a strong team of Afghans and Expats that collected biodata on many Afghan musicians, both inside Afghanistan, in Pakistan and in other countries. But by December the world’s attention to the Afghan plight wavered and since we have not relocated as many musicians as we hoped for. That said, we recently were successful in getting a female musician to a European country and we now have another 19 Afghans on that same pathway/queue. We also had one of our core festival staff members and his family arrive in the US this week. [US immigration success stories are less common these days.] Taking into consideration the global refugee policy neglect, our main focus now is to procure Afghan passports and Pakistani Visas for our musicians; with the long term strategy that once the Ukraine conflict subsides, the global community will hopefully remember the sacrifices that Afghans made in the exploration of democracy and again help their brother and sisters in Afghanistan. Lastly, we are building infrastructure for Afghan music; archiving Afghan music, providing music/video production services, distribution, live shows and much more. Stay tuned. 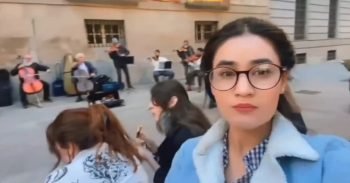