Misha is a member leader of Western Mass Showing Up for Racial Justice (SURJ), the coordinator and coach for SURJ chapters in MA, VT, and PA, and one of the co-facilitators of SURJ’s poor and working class caucus. They are building coalition with organizers in western Massachusetts for racial and economic justice. Currently Western Mass SURJ is working on a reparations campaign that includes a housing justice project in collaboration with Springfield No One Leaves and BLM 413 to support local housing justice work and buy houses for POC organizers in Springfield, where people have been losing their houses due to an ongoing foreclosure crisis and gentrification. 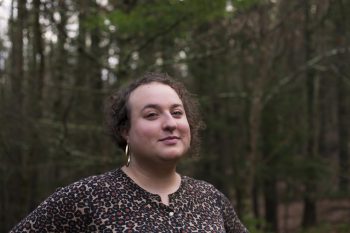