Khalid Albaih is a creative cultural producer who plans, designs, organises and manages artistic projects that have a cultural impact on the public that will interact with them. He has also been a political cartoonist since 2011and was named one of the top 5 cartoonists in the world in 2018 by The Independent. He publishes his cartoons on social media under “Khartoon!,” a wordplay on cartoon and Khartoum, the capital of Sudan. In addition of two published books khartoon by Khalid Albaih 2018 and Sudan Retold 2019, Khalid has published widely in international publications including The New York Time, The Atlantic, PRI, and NPR, BBC, in addition, Albaih has published his written social and political commentary in publications such as The Guardian, CNN and Al Jazeera. Khalid has been hosted in various TV shows and news programs around the world as a trusted commentator on political events around the world. Khalid is the founder of: getfadaa.com, @fohafashionfridays, Sudan Art + Design Library, Sudan Artist Fund 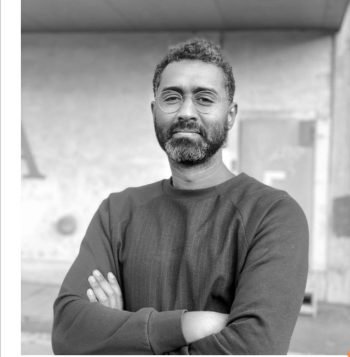