INDECLINE is an American Activist Art Collective that was founded in 2001 in California. There are currently dozens of active members throughout the United States as well as some in Mexico and parts of Europe. Utilizing an array of mediums, from film and photography to large-scale murals, billboard alterations and “Robin Hood” style guerilla campaigns, the collective fights social, ecological and environmental injustices carried out by both foreign and domestic government and law enforcement agencies. 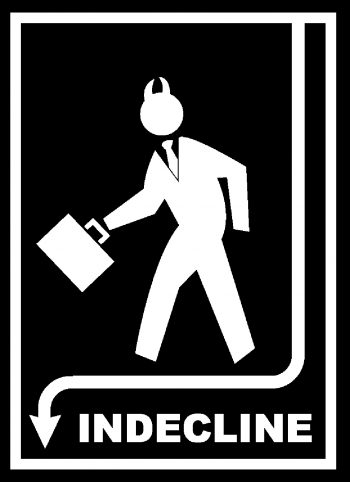