Ian Nagoski is a musicologist and musician concerned with the origins and temporal boundaries of music. He has produced several albums and installations of slow, densely layered electronic music and performed  widely. In 2007 Ian released Black Mirror, a collection of gripping music recorded between 1918 and 1954 originating in more than 20 countries. Lauded by publications as diverse as the academic journal  Ethnomusicology and the taste-making website Pitchfork, it was described by the Baltimore’s City as “enigmatic, transfixing, haunting, pretty, and just plain odd,” and the Kronos Quartet included a piece from it in their repertoire.

Nagoski followed Black Mirror with a series of releases on his own Canary Records imprint (manufactured and distributed by Mississippi Records of Portland, OR), including an LP of the brilliant 1920′s Greek singer Marika Papagika, which LA Times Music Editor Randall Roberts has called “awe-inspiring.” Most recently, Canary has released an in-depth survey of the life and work of the great Indian singer Abdul Karim  Khan. A 3CD set depicting the lives and work of Middle Eastern musicians (and their audiences) in and around New York City in the first decades of the 20th century, “To What Strange Place: The Music of the Ottoman-American Diaspora, 1916-29”, was released this year on the Tompkins Square label. All Music gave it 4 1/2 stars, and in The Wire Marcus Boon described Nagoski as “like [Harry] Smith, a Walter Benjamin visionary, using his collection of 78s to hallucinate a history that actually happened but which remains hidden beneath official dogma and nationalisms.” Nagoski is also a writer, who has contributed research on under-sung musicians and music to dozens of magazines and blogs. He lectures and teaches widely, moving between galleries, bars, coffee houses, sound-art festivals, radio and academic institutions. Jason Cherkis’ article on Nagoski’s life and work for the Washington Post was selected for DaCapo’s Best Music Writing 2011, edited by Alex Ross. 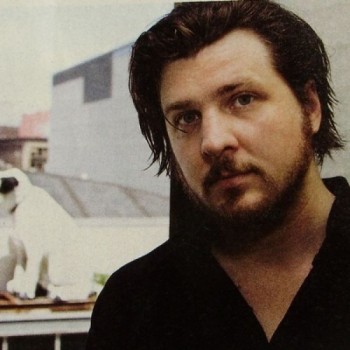