Geraldine Juárez (México, 1977) is a pupil of the internet, her friends and Eyebeam, where she was Senior Fellow at the Production Lab (2003, 2006–2008). She works on the internet and in the street through a wide range of media and outputs to understand the spaces that emerge when information, property and power collide, with a special interest in low, open and pirate technologies. She is a collaborator in decentralized hacking groups focused on open-source and infrastructure like Telecomix, Free Art and Technology Lab (FAT) and Forays. She conducts research and blogs about the tension between intellectual property law and the culture of copy, and their societal effects on governance and democracy in Mexico and beyond. She has been resident artist at inCUBATE in Chicago, Timelab in Belgium and JA.Ca in Brazil (2010). Her work has been shown internationally at collective exhibitions such as Interference, Feedback and Other Options in Eyebeam (NYC), Creative Times’s Democracy in America (NYC), Secret Project Robot (NYC), State of the Art: New York at URBIS Manchester (UK), Actions: What you can do with the city at Centre for Canadian Architecture (CA), G.R.L.| F.A.T. World Summit at CREAM (Japan) Los Impolíticos at Pan Pallazo delle Arti in Napoli (Italy), DEEP NORTH at Transmediale (Berlin) and festivals such Piksel, Futuresonic, Pixelache, Conflux and Transitio. 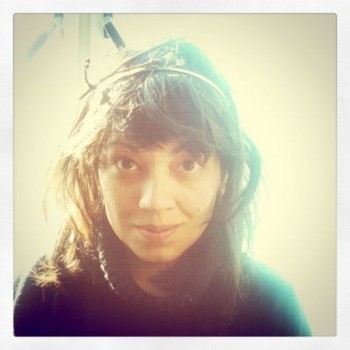