The Genoa U.S. Indian School Foundation is a community-based, nonprofit organization that was created in 1990 by a group of local volunteers. Its mission is to collect and preserve the history of the Genoa U.S. Indian Industrial School and promote the heritage of the school, which was located in Genoa, Nebraska and operated from 1884 to 1934. In 1999, the Foundation purchased the school’s former manual training building from the city of Genoa and successfully advocated for it to be added to the National Register of Historic Places. The Foundation’s volunteers operate the building as a museum and interpretive center, which is open to the public, free of charge. The Foundation hopes to contribute to ongoing regional and national conversations about how each individual and community can contribute to public recognition of the history of U.S. federal boarding schools and move toward healing, justice, and reconciliation. 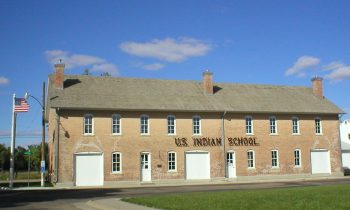