A transgender man struggles with self-realization and acceptance in traditional society of Turkey. Constrained by identification cards color-coded for gender, will he finally be considered for a Blue ID?

Vuslat Karan is a filmmaker living in Istanbul with BFA in Film and Television from Marmara University. Her short films Tangled (2011) and Scorpion (2010) debuted at !f istanbul film festival. She also wrote and directed a documentary-narrative hybrid short Uprooting From the City (2006) about the urban transformation, gentrification and relocation of the Romany neighborhoods in Istanbul.

Burcu Melekoglu works as a director and editor in Istanbul. She received a BSE in Systems Engineering from University of Pennsylvania and MA from UCLA School of Film and Television. Previously she worked as an assistant director in commercials, TV and film projects in LA. Short Documentary Work: My First Second Home (2006, Philadelphia IGLF Festival, Chicago Reeling Festival, Girl Fest Hawaii, Poppy Jasper, Out for Reel), Reiki (2002), Bamako (2000). 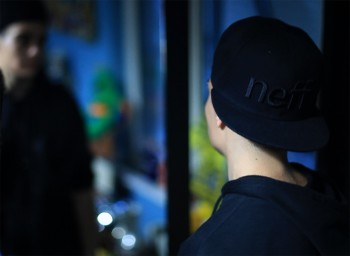