The need for independent comprehensive investigative reporting on the energy sector could not be more critical than with the election of Donald Trump as President of the United States. Antonia Juhasz is an award-winning energy analyst, author, and freelance investigative journalist specializing in oil. She has led her own independent investigative journalism project on the energy sector for four years with the support of established journalism institutions and the grants of foundations and individual donors. Her writing appears regularly in numerous publications, including Harper’s Magazine, Newsweek, Rolling Stone, The Atlantic, The Nation, Ms., The Advocate, CNN.com, Pacific Standard Magazine, New York Times, and Los Angeles Times. She is a contributing author to seven books and the author of three: Black Tide: the Devastating Impact of the Gulf Oil Spill (Wiley, 2011); The Tyranny of Oil (Harpers, 2008); and The Bush Agenda (HC, Harpers, 2006). Her Harper’s Magazine feature article, “30 Million Gallons Under the Sea,” appears in The Best American Science and Nature Writing 2016 Anthology. Her investigations have taken her a mile below the ocean surface in a submarine in the Gulf of Mexico to the rainforests of the Ecuadoran Amazon; from the deserts of Afghanistan to the fracking fields of North Dakota; and from the tip of the Alaskan Arctic to the oiled beaches of Santa Barbara. She holds Masters and Bachelor degrees in Public Policy from Georgetown and Brown Universities and was a Fellow of the Investigative Reporting Program at the University of California, Berkeley. 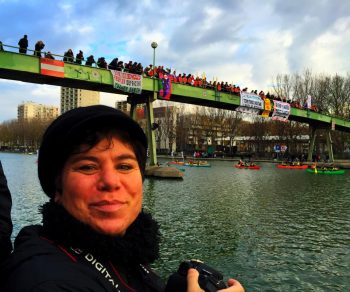