Agnes Thor, born in 1986, works as a photographer in New York City. Originally from Sweden and with a BA in Photography from School of Photography in Gothenburg she often works with photographic docufiction. By combining motifs from different places and times and taking landscapes and people out of its context, she creates new visual stories based on reality but with a fictional content. Her work is greatly influenced by nature and it either functions as a background and subject. Another strong influence and subject in her work is the area and population surrounding her childhood home in the countryside of Sweden.

Her works have been exhibited worldwide, most recently at the Terra Cognita Festival in The Netherlands and in a solo show at Kumla Konsthall in Sweden. In 2010 her first book Aurora Borealis was published by Mörel Books. She is currently working on a larger project revolving around life and death in combination with smaller projects during her travels. 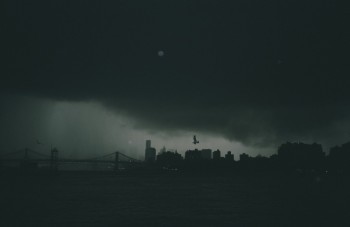