The New Mexico Environmental Law Center (NMELC) has been with Kindle since our inception in 2008. They were one of our first grantees and have become our colleagues and friends. Taking on numerous cases dealing with a wide range of local issues the attorneys and staff at NMELC are working on a daily basis to help ensure the safety, protection and health of New Mexico’s land and communities. NMELC’s work on local community health and environment has vast national and international implications. By providing free legal counsel to their clients, these attorneys work with an altruistic mission and a true, personal passion for their work.

With 2012 marking NMELC’s 25th year in operation, it has been a year of great magnitude for the organization in many ways. While their many successes have brought much to celebrate, the passing of treasured staff member Sebia Hawkins has been a great loss.  Sebia helped to spearhead the Law Center’s fight against Uranium mining in New Mexico; one of their central programs and of great importance to the staff and the communities they serve. Her unrelenting commitment to her work and people from all walks of life continues to motivate us.

Remarkable individuals, strong values, and family have been at the core of NMELC for decades. We are pleased to share with you these inspiring insiders’ accounts of how this small group of dedicated people has been of true service to New Mexico with their work.

The first piece below is by Don Goldman, member of the Law Center since 1988. He tells the story of NMELC’s humble beginnings, and how its founder, Douglas Meiklejohn, has nurtured it into what it is today. Don originally wrote this piece five years ago to celebrate the Law Center’s 20th anniversary, and it remains a relevant and inspiring read. The second piece is by Doug himself and gives an impressive update about their current work and the important headways they are making, with particular emphasis on the effects of having Governor Martinez in office since 2010.

Reflecting Douglas’ values, the Law Center represents the “least powerful among us,“ usually communities that can’t afford legal counsel, but who live under threats to their health or environment.
By Don Goldman 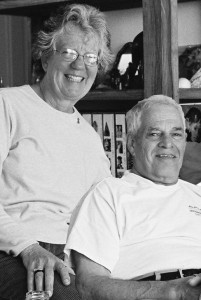 Imagine an ambitious, talented lawyer with no corporate or wealthy clients, whose legal aspirations do not include remunerative civil suits or elective office; an attorney guided by family tradition and a personal recognition that our legal system should do more to represent the least powerful among us. And imagine a wife who shares those values and goals, who for over 40 years has supplied the moral and financial support needed to make reality out of good intentions. This is not imagination: it is Douglas and Harriet Meiklejohn.

In 1977 Doug came to New Mexico to work in the Attorney General’s office, working first in consumer protection efforts and last on environmental cases, a sensitivity that his parents had instilled in him. In 1987 however, Garrey Carruthers became Governor and Hal Stratton the Attorney General. Douglas painfully realized that their priorities did not include his central concerns, and that he could no longer address those concerns working for the state.  The 80s were a period of increased social and environmental activism, with people around the U.S. experimenting with new, non-governmental ways of making change. In that heady time of making things better in spite of government, the Sierra Club Legal Defense Fund, the Environmental Defense Fund, and the Southern Environmental Law Center, among others, were beginning to make laws and the legal system work for – not against – the environment.  Moved by these non-governmental efforts to improve the environment, Douglas left state government and regular paychecks in 1987 and founded the Law Center.

With three young children, to call this a gamble is an understatement! But from the start, the Law Center had an angel keeping the Meiklejohn family afloat: her name is Harriet. She was then – as now – a librarian. It would take a long time for Douglas to be earning “lawyer’s wages;” he’s still waiting. He and Harriet live in the same small house they lived in then.  Reflecting Douglas’ values, the Law Center “represents the least powerful among us,” usually Indian tribes and poor Hispanic communities that can’t afford legal counsel, but who live under threats to their health or environment. Frequently, all costs of carrying a case to conclusion are borne by grants and private donations, not the client. Unfortunately, with its small staff and limited resources, the Law Center has to turn away approximately 80% of the cases that come to it.

A distinguishing Law Center characteristic is that it responds to requests from communities. It doesn’t tell them what they need; the community determines its needs and the Center helps it achieve them. The community members stay actively involved in the case; it’s their case, not the Center’s. It’s been a long haul since Douglas was a full-time volunteer founder-attorney. Today the Law Center and its staff of eight (including four attorneys) is recognized and honored for its work on behalf of New Mexico’s environment and communities. 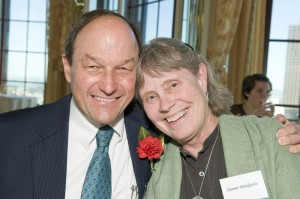 There have been two major changes affecting the New Mexico Environmental Law Center’s work since Don Goldman wrote his piece about the Law Center several years ago. The first change is our increased involvement in efforts by New Mexico communities to preserve the water on which they depend. The most significant of these cases is our effort to prevent the San Augustin Plains Ranch LLC, a foreign owned corporation, from extracting 54,000 acre feet (approximately 17.5 billion gallons) of ground water each year from the San Augustin Basin in western New Mexico.  Locally, the extraction of that amount of ground water would dry up the water that is critical for many people in the area, including our 80 clients. Throughout New Mexico and the rest of the West, this case is a critical test of laws that prevent water speculation:  what happens here could influence whether or not individuals or corporations can grab up water rights throughout the West in order to profit off of them in the future. We persuaded the New Mexico State Engineer to deny the permit for this extraction sought by the corporation, and we will endeavor to uphold that ruling in the corporation’s appeal to state court.

The second change is the approach of New Mexico state government agencies towards protection of communities and the environment. Governor Susana Martinez was elected in 2010 after she campaigned to do away with environmental regulations because they interfere with business. Since she came to power, our state’s executive agencies have worked to eliminate, weaken, and undermine enforcement of regulations put in place to protect communities and the environment. Regulations affected by these efforts include the Pit Rule (which was designed to prevent contamination of ground water by oil and gas extraction operations), the regulations limiting emissions of greenhouse gases (which were aimed at reducing New Mexico’s contribution to climate change), and the Green Building Codes (which were put in place to increase energy efficiency of new buildings). The Law Center has been resisting these and other efforts of the Martinez administration. Moreover, our attorneys frequently provide the only effective means of resistance because the only way to prevent the Martinez administration from achieving its goals is in the courts. We will continue to provide this resistance for as long as it is needed.

The New Mexico Environmental Law Center continues to rouse and encourage us, as they always have. As Sebia herself was so fond of saying about the Law Center, they are “small but mighty”. From them, we learn about what a tremendous amount of important and impactful work a small team can do. We also learn about the intricacies of environmental justice advocacy and how necessary legal support and action is essential to the movement. From these pieces by Don and Douglas we are reminded that the most profound work comes from a deep personal commitment. Similar to how the Government Accountability Project’s President, Louis Clark, described the impetus of the whistleblower, Don gave us the gift of a behind the scenes glimpse into the personal story of our colleague and friend who has helped paved the way for this gracefully determined organization.