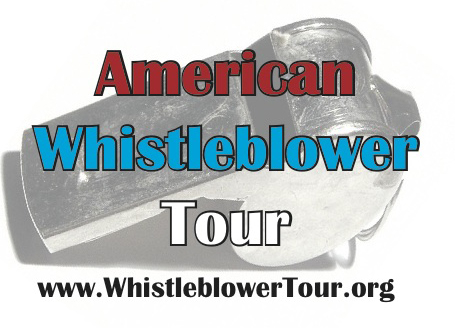 Before I tell you about the Government Accountably Project, (GAP) I need to tell you about my experience with the people that work there. When I first wrote Michael Termini to inquire about their interest in contributing to our blog, I was met with a most extraordinary response. To discuss blog content options, he set up a conference call for me with four of GAP’s staff people, including GAP’s Director, Louis Clark. I was delighted to connect with them, but was also thoroughly impressed by how this team works: with complete commitment, resolve, timeliness and attention.

Our first contact with GAP was in 2011 when Kindle Project Director, Sadaf Cameron reached out to them to see if they could be of assistance to one of the whistleblowers that we know and were working with at the time. Sadaf was met with the same attentive eagerness and care as I was.  Availability, interest and immediate response in service of individual whistleblowers seem to be constitutionally embedded in GAP’s mission:

Through GAP’s legal protection and advocacy of whistleblowers their programmatic reach and expertise spans several areas. With emphasis on national security, food integrity, environment and human rights, to name a few, GAP provides an educational framework and essential news for the country’s most pressing issues. With 35 years of operation they have taken their work on the road with their American Whistleblower Tour. The Tour visits universities throughout the country, helping to connect active whistleblowers with students. They have had a tremendous success with the tour and are starting it up again this fall, with their kickoff event taking place at the University of Houston, Clear Lake on November 5, 2012. This event will feature Kathryn Bolkovac who blew the whistle on sex trafficking involving UN staff and DynCorp in Bosnia-Herzegovina. If you’re in the region be sure to attend.

The article below by Louis Clark describes with great sensitivity and nuances the importance and impact of work they do, and how they are handing this knowledge and unique activism to younger generations.

In today’s world, it’s difficult for David to triumph over Goliath. Hollywood loves to rewrite history by mythologizing heroes who are remembered as being single-handedly responsible for changing it. Essentially, the “power of one” storyline is more memorable than the “it takes a village” approach.

The truth of the matter lies elsewhere, as both are required to make progress. It takes courageous visionaries and legions of supporters to disrupt the status quo, build a movement, and implement enduring change.

The whistleblower phenomenon itself is a microcosm of societal evolution, where a problematic issue is raised, and measures taken to solve it. Typically, a whistleblower takes a moral stand: refusing to go along with a crooked scheme, follow illegal orders, remain silent in the face of specific public health dangers, etc. The question becomes whether this courageous person will drown beneath the waves they created. The answer rests with all of us. When confronted with evil, what do good people do? Whistleblowers either sow the seeds of their own destruction or become catalysts for reform. How society and individuals respond to truth-tellers make us either accomplices to wrongdoing or citizen activists on the right side of history.

Thirty-five years ago, as a young lawyer with a seemingly irrelevant divinity degree and church ordination, I met my first whistleblowing client. A computer wizard and quality assurance specialist, he had exposed defects in the Pentagon’s Worldwide Command and Control Intercomputer Network. He had lost his job, career, and 65 pounds that he could ill-afford. The computer network eventually crashed and was abandoned as dysfunctional. But the whistleblower was professionally overtaken by the hornet’s nest he had kicked, and I lost my first case. 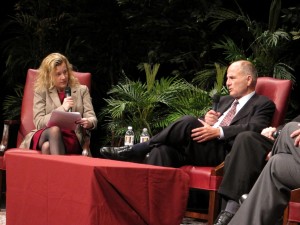 Though the corrupt bureaucracy prevailed in that case, my life changed dramatically for the better: I had discovered my calling. I ran across the fledgling Government Accountability Project, found benefactors to put up my salary for a year, offered myself as staff counsel, and convinced the organization to offer legal services to whistleblowers. My church elders recognized my services to those facing difficult ethical workplace decisions as a valid ministry, and stopped pushing me to take a parish assignment.

Now decades later, the efforts and gifts of thousands who also see whistleblowers as key catalysts for reform have transformed GAP into the world’s most prominent whistleblower support organization. GAP legislative initiatives have provided legal protections for 100 million private sector workers, as well as millions of public employees and thousands working for international institutions.

Perhaps more importantly for civil society, revelations from GAP clients have changed the country. To cite just a few examples, our whistleblowers have directly resulted in the collapse of the “pink slime” market, the halting or revamping of numerous billion-dollar nuclear plant projects, the end of the secret program to turn climate change science draft reports over to the White House for editing by former oil lobbyists, the withdrawal from the market of unsafe drugs proven to have killed tens of thousands, and the ouster of the World Bank President Paul Wolfowitz despite his strong political support from Executive Branch.

All of these whistleblowers needed their village of support. Lawyers kept them at their jobs. Investigators substantiated their claims. Journalists exposed the underlying scandals to the masses. Congress forced reform. Whistleblowers inspire others to take a stand and show support for what’s right. 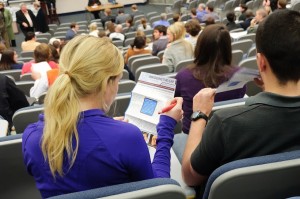 A student reads up on whistleblowers before a Tour stop begins. The American Whistleblower Tour is aimed at our country’s incoming workforce – college students.

And now, we’re reaching the country’s youth. Last year, we took whistleblowers from a broad cross-section of disciplines to college campuses on our American Whistleblower Tour. We sought to supplement textbook studies on business, journalism and law with exposure to individuals who uncovered workplace wrongdoing and made a significant societal impact. Most Tour stops culminated in climactic final events where truth-tellers spoke of their values, experiences, observations, and advice.

Turnout was phenomenal. We drew over 2,000 students at the University of Nebraska-Lincoln, and over 800 to several events at Florida International University. Historical whistleblowers Frank Serpico and Daniel Ellsberg joined with such newcomers as Susan Wood (FDA officer who resigned over political delays of the ‘Plan-B’ contraceptive approval), Thomas Drake (National Security Agency whistleblower on illegal and wasteful surveillance of US citizens), Ken Kendrick (peanut butter contamination at food processing facilities), Richard Bowen (Citigroup mortgage fraud); and Walter Tamosaitis (quality assurance breakdown at what will be the world’s largest nuclear waste treatment facility).

In response to the Tour, thirty college faculty members have joined in an effort to develop curriculum that can be integrated into all kinds of academic studies. More importantly, the whistleblowers are directly impacting the lives of students. One stated “There is more for me to think about since I will become a public accountant after graduation.” We’re giving students the information they need to form an educated opinion, as another student stated:

“Initially I thought people were turning minute issues into finger pointing of who was wrong and right. Now I know the people who choose to blow the whistle are true public servants who made decisions to protect the public’s interest.”

This is the future. The continued outreach to our youth only serves to ensure that whistleblowing at all levels is recognized, accepted, and protected. It is inevitable that every facet of our society realize that this workplace phenomenon translates to justice and accountability.

And with that, progress is ensured. The workplace conscience of our nation is changing. 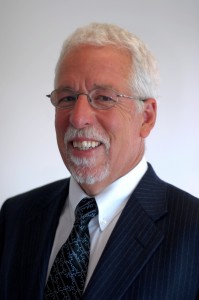 GAP President Louis Clark has been with the organization since 1977

GAP is part of our new roster of grantees. Our emerging relationship with them brings access to a wealth of knowledge and insight into whistleblowers and the realities they face on a daily basis. We are committed to the purpose of whistleblowing and through our grantees, like GAP and Honest Appalachia we are learning not only about the various ways that they can be protected but also about the serious issues that these individuals are taking major risks for.

What Louis Clark shares with us today is a reminder of how the work that GAP does affects citizens at all levels: from spiritual to practical, and from physical to economic. We are proud to support GAP, and hope that you consider supporting them as well. We are avid followers of their posts on their Facebook page, which includes a Daily Whistleblower News post. You can also visit their Action Center to stay informed and connected.