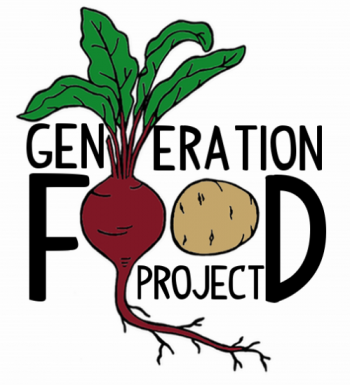 Generation Food Project
With a billion hungry and two billion overweight people on Earth, everyone knows that the food system is broken. But…
http://www.generationfoodproject.org
Steve James and Raj Patel talk about Generation Food


Steve James: So, Raj, let’s start with this – how did you come to this project?

Raj Patel: I have often been asked to be a talking head in films about the food system. Those films have tended focus on the disaster that is the current way we eat, but spend less time looking at how people are fighting to change the way we eat. Also films about the food system have tended to be fairly US-centric rather than global, and that is frustrating. America’s food system is not an island, and films really ought to reflect that. The desire to see a film about the global food system that shows people fighting back is what brought me to your door Steve, but I am still baffled about why you wanted to work with someone like me.

Steve: Well in addition to being loquacious and learned, you have a good sense of humor, a compatible astrological sign…

Raj: We also both like long walks on the beach.

Steve: Yes, and even though I don’t make what tend to be called advocacy films, working together presents an opportunity to make a film that I haven’t seen, and want to see. We get to pull back the curtain on an economic system that goes largely unseen, a system that makes a profound difference about what we eat, what gets grown and who gets to make a living around the world. Along the way, in developing this story, we also got excited about including the stories of people who are pushing back against that system, and breaking its rules.

Raj: What I like about this is that this isn’t where we started. The original pitch was to celebrate resistance around the world but by working together we found ourselves building on the storytelling technique and the importance of characters and drama, ending up in a place where resistance isn’t certain to succeed but is much more open-ended. This moves us both out of our comfort zones a little. For your part Steve, do you think there is a conflict between an advocacy film and a verité film?

Steve: There can be. It’s unusual for an advocacy film to follow people and situations where the outcome is uncertain and success is uncertain. At Kartemquin Films, a lot of our films have been used for advocacy, but that’s not the same thing as making an advocacy film. I’m a director, not a social media outreach person, and although there are now all kinds of people involved in outreach, that’s not what I do.

Now, I want to ask you a question. When we started out, you thought that at most you might be the narrator of the film, but now we have evolved so that one of the storytelling devices we use is to have you engage with people around the world, including worthy adversaries who don’t necessarily see the world the way you do. In some cases, they don’t even think the world food system needs fixing. How do you feel about that change, Raj?

Raj: Well, I still squirm whenever I see myself on the screen and it’s not pleasant for anyone. But it’s honest, which is how I reconcile myself to it. First, we have a complex story, and it follows that someone is telling it. You didn’t hide yourself in Hoop Dreams, and I think it makes sense for me not to hide either. Second, it fits the way we’re working together – where I’m not hiding my views on the kind of world I’d like to see and what should be in it, but that there’s nothing guaranteed about those things happening or about my being right.  To be honest about that is important, and it means we can do something that we can’t do apart – a verité film that’s about advocacy. I’m with you in thinking that advocacy films can sometimes trample the truth about how hard it is to change the world, and that does no one any favours, whether you’re looking to engage in social change, or just be provocatively and thoughtfully entertained. But it’s important for me to be upfront about the fact that I don’t think capitalism is particularly terrific.

Raj: I probably ought to have mentioned that before.

Steve: Despite that – I think you said it – we’re trying to marry together two things that you don’t often see in documentaries, and we’re trying to do it in a way that’s truthful, organic and enlightening, and if we do our jobs right, people will feel like, right, that made sense to me. If it works, it’ll seem easy. 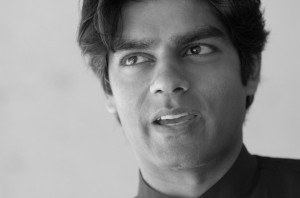 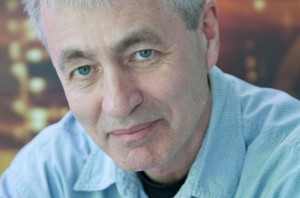 Raj Patel (on left) is an award-winning author and activist. He has been featured in a range of publications, from the New Yorker to Time magazine, and his work hailed as indispensable by Michael Pollan, with whom he co-teaches at Berkeley. Raj has worked at the World Bank and the World Trade Organization and has protested against them on four continents. He is also an Utne Reader Visionary and has testified to the US Congress on the causes of the global food crisis. He is the author of the international bestseller The Value of Nothing: How to Reshape Market Society and Redefine Democracy, and the critically acclaimed guide to the food system Stuffed and Starved, which have both been translated into over a dozen languages.

Steve James (on right) produced and directed Hoop Dreams, winner of every major critics prize including a Peabody and Robert F. Kennedy Award. Other films include Stevie, which won IDFA’s grand jury prize; the acclaimed miniseries The New Americans; Tribeca Grand Prize winner The War Tapes, which James produced and edited; At the Death House Door, which won numerous festival awards; No Crossover: The Trial of Allen Iverson for ESPN’s Peabody winning “30 for 30” series; and The Interrupters, which won the Independent Spirit Award and the duPont Journalism Award among numerous others, and was the top documentary in the end of the year national critics’ polls for both IndieWire and the Village Voice. James most recent documentary on the life and career of critic Roger Ebert, Life Itself, premiered to critical acclaim at the 2014 Sundance Film Festival.

Find the rules that shape the global food system. Then break them.