Since Kindle Project’s inception we’ve been ardent supporters of using documentary film as a tool to bring about change. Documentaries are about truth telling. They give us often-undisclosed information about an issue that we would otherwise not have access to. In the case of Bitter Seeds, Micha X. Peled, the film’s director, manages to expose the stark realities of the ill effects of genetically modified seeds on farmers in India. This being the third film in his trilogy, he brings his audiences an extremely comprehensive yet personal account of the devastations wrought on human lives by the monopoly of corporate seed companies.  The intensity with which he conveys this complex situation, particularly illustrated through the large wave of farmer suicides in the region, is why we were so enthusiastic about featuring his film. 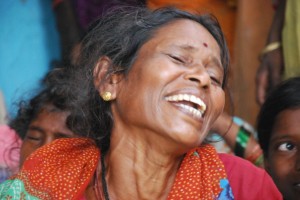 To describe the complexity and travesty of the situation in India is best left to the film itself. Similarly, the tremendous scope of Monsanto’s effects on global food systems would take far more than a blog post to cover. Especially as Monsanto is facing bio-piracy charges in India and is coming under fire from several other lawsuits. However, this is why Micha’s film was the ideal entry point for us to understand part of the overwhelming number of complex issues that Genetically Modified (GM) seeds and Monsanto bring to the table.  Having had the opportunity to watch the film this month I was able to put faces and names to this issue. 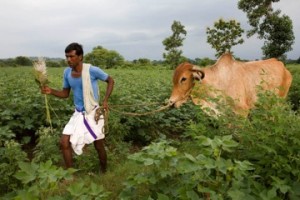 Still Image from Bitter Seeds – Ram Krishna in his field

“Companies like the U.S.-based Monsanto claim that their GM seeds offer the most effective solution to feeding the world’s growing population, but on the ground, many small-scale farmers are losing their land. Nowhere is the situation more desperate than in India, where an epidemic of farmer suicides has claimed over a quarter million lives. Every 30 minutes one farmer in India, deep in debt and unable to provide for his family, commits suicide.” (Source: teddybearfilm.com) 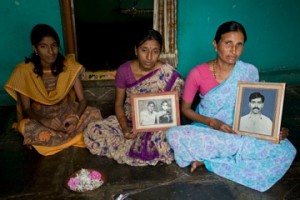 Still from Bitter Seeds, Manjusha (on the left) with family and photos. Her father, who was a farmer who committed suicide, is in the photo on the right.

While the film’s narrative focus is on farmer suicides, it also reveals the many aspects of this issue that tie it into the worldwide grassroots resistance to companies like Monsanto. It manages to make the connections between the personal and global easy to grasp. Through the film’s main characters I was able to understand the despondency that is present for the farmers in India and could relate to the sensibility of many farmers and activists in my own country who are grappling with similar issues, though not quite so grave. However, the film does spark questions in my mind of what the future holds for farmers in Canada and the US, and just how far away this reality is from home. 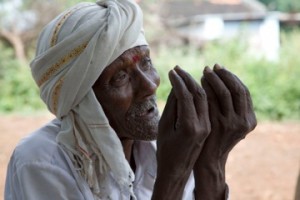 Still from Bitter Seeds – Keshev, an elder in the community, speaks about his knowledge of seeds

Micha’s first film in his globalization trilogy, Store Wars: When Walmart Comes to Town looked at the polarizing effect of the arrival of a Walmart in Ashland, VA. The second film, China Blue, follows the story of two girls working in a jeans factory in China. The final piece in the trilogy, Bitter Seeds, takes us to the source of the raw material, cotton, exported to China and used to produce said jeans. Micha’s films focus on the existing global superpowers and their effects on individuals and with Bitter Seeds we’re seeing how these superpowers are truly starting to take control in very detrimental ways.

In speaking with Micha I was particularly interested in Monsanto’s lack of presence in the film. Monsanto refused to be interviewed for the film and I was curious if they had seen it since its release. Micha explains, “I’m in no hurry to inform them of the film. There’s been a number of cases recently where huge corporations use legal threats to keep a film from showing.” As was the case, Micha told me, with the film Food Inc. which Monsanto attempted to have blocked from various networks in the Midwest. Making a documentary about something controversial poses risks to the filmmaker and instead of placing his focus on the potential reaction of Monsanto, he is devoted to the issues and is working hard to advocate for farmers both nationally and internationally using his film as a vehicle for this advocacy.

Bitter Seeds has already had some very significant success winning two awards at IDFA this past year. However, for Micha, the success of the film is largely based on its distribution and role in educating organizations and individuals about what they can do to be a part of the necessary shift away from GM seeds. Micha has received a distribution grant to help in these efforts. Additionally, having received the Oxfam Global Justice Award 6000 DVD’s of Bitter Seeds will be sent to Oxfam members in the Netherlands, which will include the extensive fact sheet that accompanies the film. In addition, Greenpeace in India is interested in using the film as a part of an upcoming anti-GMO (genetically modified organisms) campaign.

Micha and his team have partnered with Working Films to connect the film with various advocacy groups in the US. Currently, Micha is very focused on California’s Ballot Initiative Campaign that is working to mandate the labeling of foods that have GM ingredients. “The US Farm Bill is coming up for renewal this year and many coalitions are working towards this, these groups could benefit from using this film,” Micha explains.

Farmer suicides in India, the proper labeling of foods that contain GM ingredients, crop insurance, and the effects of climate change on agriculture, to name a few, are major issues all connected through the corporate takeover of our food systems relevant to all communities across the globe. Education, awareness, activism, resistance and mobilizing need to happen in as many local communities as possible in order to address this global problem. What Micha has done with his film and the subsequent educational distribution and activism thereof is one excellent example of that.  The grave future that our planet’s food systems are facing if we don’t pay attention to seed saving, seed justice, and speak out against companies like Monsanto is dismal. The stories and people we meet in Bitter Seeds are sad reminders of this.

It’s often all too easy to watch a documentary and be moved in the moment but feel disconnected a few hours later. What Micha has done with Bitter Seeds, as he has done with the other two films in the trilogy, is to create a network of support and activism around these issues. A very comprehensive website will be available shortly for the film that will allow viewers to engage and respond to these pressing issues. We will be sure to let you know when that site goes live.

Micha’s films and their supporting materials respond to his favorite question from viewers, What can I do?  He takes us beyond our superficial Google searches of Monsanto and farmer suicides in India and brings us personal, relatable stories and pushes us past the “perceived reality that is often controlled by the corporate world,” as he aptly describes it. Reminiscent of Chomsky’s call for us to access all information available to us, Micha does a lot of the work for us, and now it’s up to us to use his research to take action in our own ways.