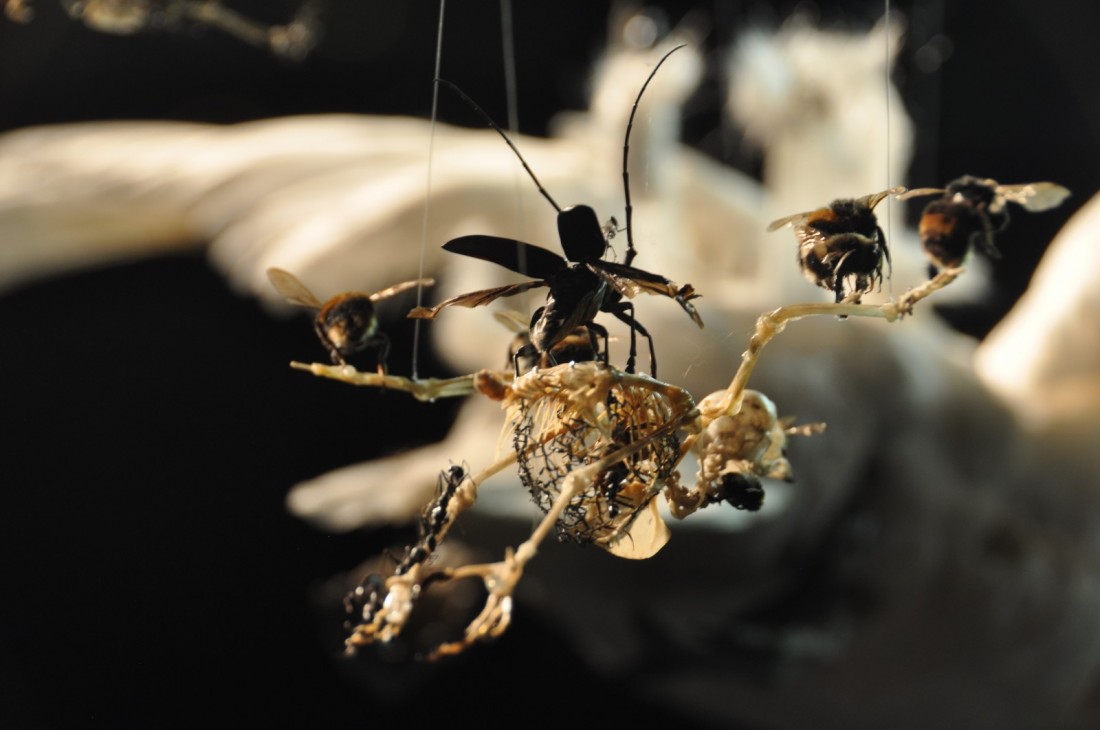 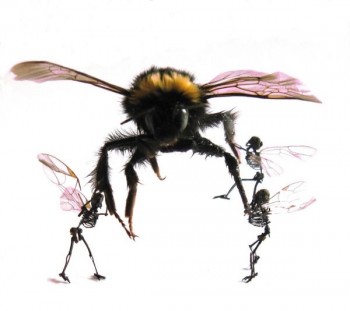 Tessa Farmer
Tessa Farmer was born in 1978 in Birmingham and lives and works in London. She received a BFA and MFA from…
http://www.tessafarmer.com

Tessa Farmer is perhaps one of the more extraordinary artists we’ve had the chance to get to know recently. Tessa creates obsessively grotesque worlds of decay and mortality in the natural and magical worlds of miniature fairies, insects, and animals. These creatures are the furthest things from the saccharine pop culture fairies that might immediately come to mind. Her macabre fairies bring the viewer into an experience of a different world of dark and uncomfortable whimsy.

John Doran wrote about it best when describing her recent collaboration with electronic musician Amon Tobin. “Amon Tobin and Tessa Farmer are going deeper and deeper into their art, away from the macro and into the micro but they are fearless explorers like Alice disappearing down the rabbit hole, not cyphers of angst in a modern age. One gets the impression Tobin would break down his sounds even further into even smaller component parts until it would take a hearing system more advanced than our own to be able to discern what he was doing. And one can’t help but feel that Farmer would let her fairies grow even smaller, allowing them to wreak their mischief and havoc on the very genetic material we are made from. Both of them waging war on art’s new inner frontiers.”

Tessa has been traveling with her fairies to New Orleans. Below she writes of the current collaborative exhibition Lafacadio’s Revenge and her future plans for travel, research and discovery.

She has also had a recent show in London at the Viktor Wynd Fine Art gallery and has shared with us her artist statement and images from that show.

Prose and Images from Tessa Farmer’s Most Recent Work

7/10/11: I find myself on the cusp of an adventurous period of life and work. The fairies and I have had an extremely busy year generating and evolving, but we are exhausted, a little tired of the others’ company, and we need new blood. As an obliging host I am about to set the fairies upon New Orleans, in a project with the artists Nina Nicholls and Dana Sherwood. ‘Lafcadio’s Revenge’ will explore and reveal the layers of history and magic upon which the city is built, and I am certain the fairies will not want to leave. However I intend to introduce some into Chile, early next year (2012) where I will undertake field work and research with entomologists from the Natural History Museum, London. I am excited to discover wondrous things in both places, and to witness the evolution of the fairies and their quest for world domination becoming a little closer to being realised.”

The Coming of The Fairies (at Viktor Wynd Fine Art, London Sept/Oct 2011) 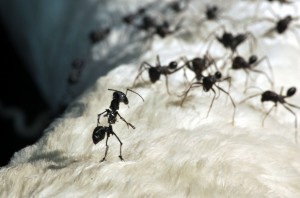 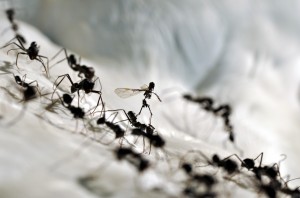 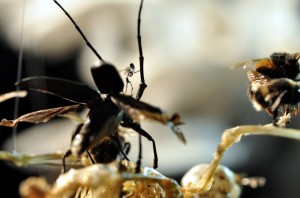 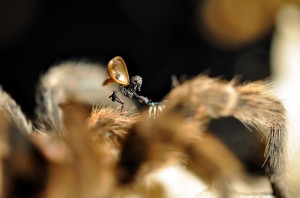 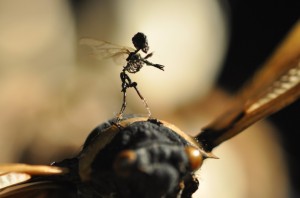 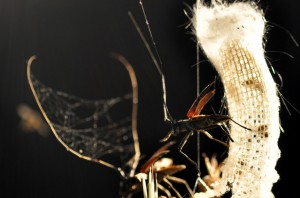 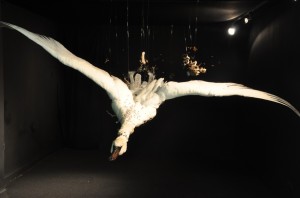 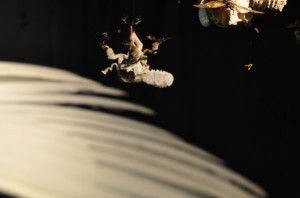 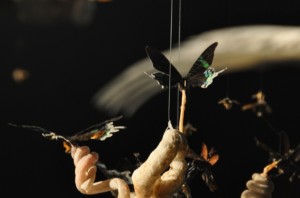 The fairies couldn’t take the swan by force. It was too large, too powerful. Smaller birds, particularly passerines, are easier to overcome. Using hedgehog spine spears, sea urchin spine clubs, and the stings of captive wasps to kill the creatures, the fairies feast on their flesh and use their feather-light skeletons as flying vessels, hoisted by enslaved beetles and butterflies and bees.

To conquer the swan, which would be more valuable alive, insidious methods were necessary. Parasitic fairies laid their eggs into the corners of the bird’s eyes, and the larvae burrowed into its brain, eating non essential tissue, until metamorphosing into adult fairies and taking control of this powerful flying machine. Other fairies laid eggs in its skin, causing tumour like eruptions of protective egg cases enclosing the developing fairy larvae.

Chemicals injected through the fairies’ ovipositors into the feathers caused them to grow into delicate cylindrical latticed structures which serve well to encage precious weapons such as parasitoid wasps and small, but deadly snakes. Some of the feather filigree has been plucked from the swan and incorporated into the skull of a sheep which is flown by beetles and butterflies and carries food supplies (insects) contained in the nest of a hornet. The cargo also includes a captured Chilean Rose Tarantula, prized for its ability to flick irritating hairs at potential prey – the fairies encourage this in hunting missions, and skilfully dispatch the distracted animals, sharing the spoils with their pet.

Skull ships and bird skeleton ships make up the rest of the fleet. The ribcages of birds are effective in enclosing aggressive captive insects. Others, used as weapons, such as earwigs and social wasps are tied by their antennae to leg bones and claws. Captive spiders spin silken nets for the fairies, used to capture fast flying, smaller insects.

The fairies command a gang of ants, although their relationship is symbiotic, so they don’t need to be imprisoned. The soldier ants, with their large snapping jaws are an excellent first line of defense, and attack, and their smaller sister ants squirt formic acid at enemies or potential prey.

The fairies are coming. Armed, organised and dangerous. Like a column of army ants, they will destroy and devour whatever dares to cross their path.