Documentary as a Tool for Conflict Transformation: Playground by Director Libby Spears

Featuring Libby Spears’ film this week is not just enthusing, it’s also essential. The subject matter of her current film, Playground, is one that is often ignored, buried and cast aside. The issue of child trafficking and sexual exploitation of children and minors in North America is not something we’re accustomed to hearing about. Understandably, there has been a lot of press in past years about these issues in South Korea, Thailand, and the Philippines. However, it is a rarity that we find any media coverage of these pressing issues on our own continent. 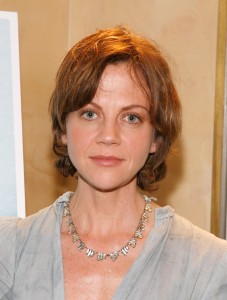 When working with young women in Montreal, Quebec I was confronted with the harsh reality that our small island had a very serious problem with the trafficking of young women. I met with one young woman who was being coaxed into this industry by her boyfriend at the time. Through education at her school and through the programs we were doing together through the YWCA Montreal, she began to understand what human trafficking was and what grave outcomes it could have for her. She was able to leave that abusive situation with the right support. Her initial introduction to this issue was through a film her teacher showed her.

Films like Libby’s take these horrendously systemic conflicts and encourage us not only to educate ourselves, and face the problem head on, but they also call us to action. This week I was lucky enough to catch up with Libby as she screens her film through the United States. We spoke about what it means to use film as a tool for conflict transformation and the potential positive implications of this.

Read our discussion below, watch the trailer for Playground and visit the website to see how you can get involved. Also, for those of you in Santa Fe be sure to visit the Santa Fe Art Institute on June 3rd, for a screening of Playground.

The Playground Project directed by Libby Spears from Red Flag Magazine on Vimeo.

Kindle Project: Do you see film as being a tool for conflict transformation?
Libby Spears: Absolutely, the film is already having a tremendous impact on the issue. As a result of seeing a rough cut of the film a year ago at Senator Boxer’s home, Senator Wyden & Senator Conryn co-sponsored the first piece of federal legislation for domestic minor victims of trafficking – the Trafficking Deterrence and Victims Support Act. This is a bipartisan issue, and one of the few that both sides of the table can come together on. This law will do many things, but most importantly, it decriminalizes children and prevents them from being arrested for “prostitution”.

Kindle Project: If so, what films, in your opinion, are good examples of this?
Libby Spears: An Inconvenient Truth is a great example of a film that changed the landscape for the environmental movement. Prior to it’s release, and the supporting advocacy campaign lead by Al Gore, most of world was in denial about the affects of global warming.

Kindle Project: Do you have any plans to use the film in any education settings?
Libby Spears: We plan to create an entire movement around the film with a campaign called 13, part of which includes an educational component. (Keep informed of this project by checking back on the film’s website.)

Kindle Project: Have you had a powerful response to your film so far? Do you find that more Americans are getting involved in this issue after seeing your film, and is that your hope?
Libby Spears: No one who sees the film walks away unchanged. 80% of the people who see the film are learning about this issue for the first time. Most are aware that it is happening in developing countries, but are completely shocked that there is a first world version. Awareness itself, is a very tangible thing, as one has to understand the problem before devising a solution.

My hope is that we will start caring as much about the plights of American children as we do about children in developing countries.

Kindle Project: Are there any policies you’d hope to affect with your film?
Libby Spears: The film has already been instrumental in the creation of the first federal bill and we plan to continue to see this through until the vote.

Additionally, we are partnering with ECPAT in our campaign to help adopt Safe Harbor Laws in every state. So far, there are only a few states who have passed these laws.

Kindle Project: Do you see any relation between the hypersexualization of youth with the pervasiveness of child trafficking in North America?
Libby Spears: Absolutely. The fact that we normalize sexualizing young teens constantly in our advertising (such as American Apparel, with 14 year girls dressed and posed provocatively on giant billboards) is a blatant confirmation to the deviant minded that yes, it is okay to view these girls as sexual objects.