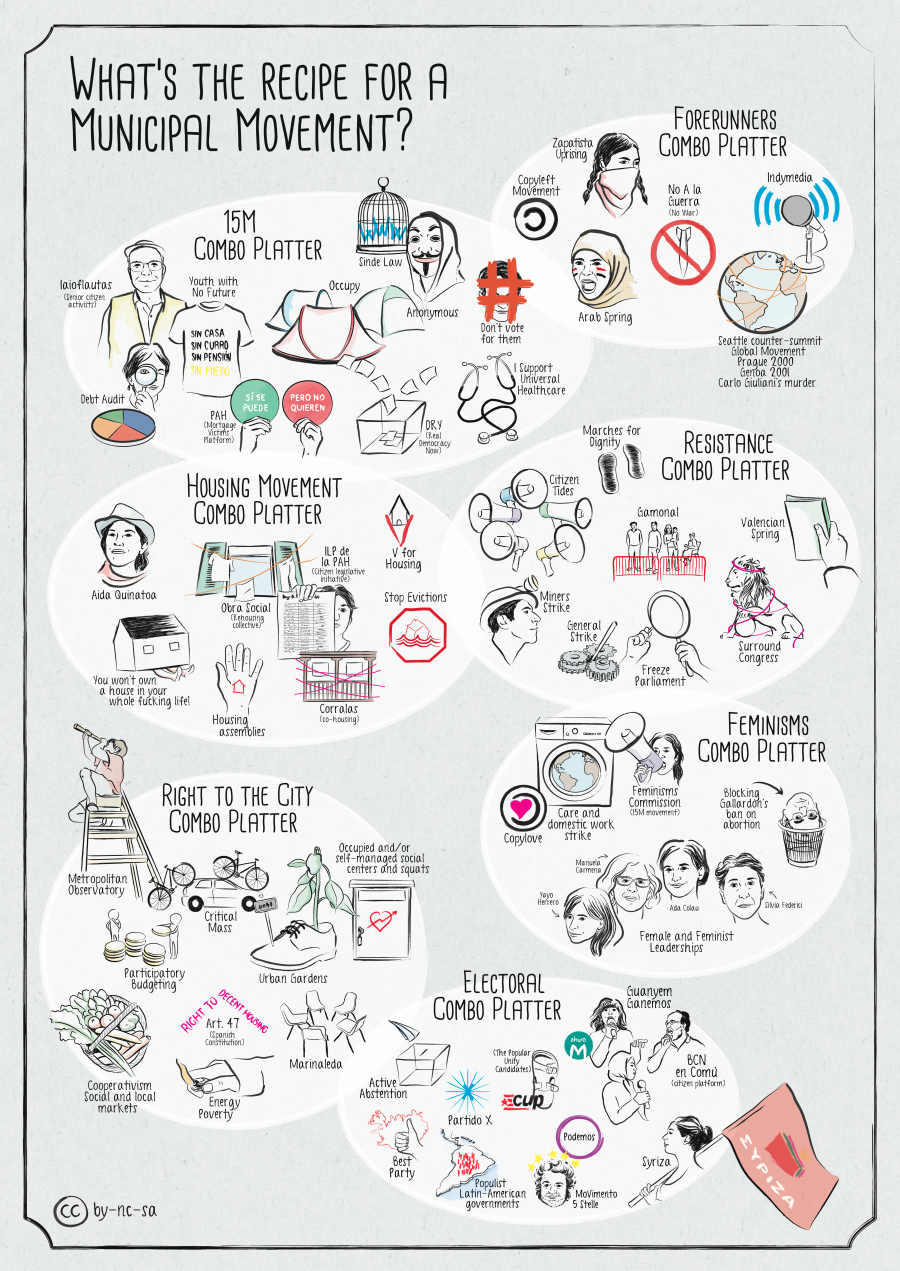 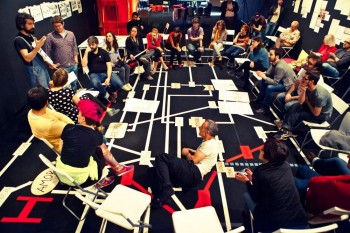 Doc Next Network
Doc Next Network strives for social justice and inclusive public opinion in Europe, through our common methodology that supports the…
http://www.docnextnetwork.org
Radical Democracy: Reclaiming the Commons

Five years have passed since the protest wave of 2011 captivated Europe. Far from subsiding, the tremors are spreading beyond the southern european countries. From the peripheral neighbourhoods of Istanbul to the housing estates in London, and the formerly industrial districts of Warsaw, ordinary citizens are coming together, as communities, to defend common goods and counter the inertia of their increasingly distant local governments.

Feeling the rumbling beneath their feet, the establishment entrenches itself in its control towers, spewing messages, images and a discourse that reproduces a single, forceful idea: that History cannot be changed. Despite the efforts of a complicit mainstream media, counter narratives emerge. Rumours spread and become contagious, gripping and activating muscles and minds. This is how the possibility of the 99% begins to take form, to organise itself, leaving the plazas to look over the city as a whole and ask: How will we care for the public spaces abandoned by these same institutions that are so worried with preserving their power? How can we turn our villages and cities into places where we live and breathe wellbeing?

Today, in post-2011 Europe communities are using all the tools at their disposal to challenge the establishment by forming their own democratic institutions, creating networks for decentralised production, cultivating civil disobedience and the construction of autonomous imagery that is critical of the system itself. This restructuring relies on the social recognition of our bodies as vulnerable in order to guarantee that the life we are rewriting is not a bare one, without attributes, history, culture or politics. The time has come to reclaim the commons so that we can guarantee that our cities and villages are cared for. To dare to ask that most subversive and political of questions: Who decides how our lives must be?

This question was the starting point of “Radical Democracy: Reclaiming the Commons”, a two-years project developed by the Doc Next Network and funded by the European Cultural Foundation, the Open Society Initiative for Europe and the Kindle Project. The project had two phases developed between 2014 and 2015 devoted to produce and share different views of what media makers, social movements and different agents are thinking and creating throughout Europe in order to battle the deep disenchantment, the darkness Europe is living nowadays. It was a project implemented in four different countries (England, Turkey, Poland and Spain) by local and temporary teams called ‘hubs’ and formed by mediamakers, activists and hackers.

Democracy runs on screens
Every hub worked together to share ideas about how to engage audiences in the local context, as well as to share resources and contacts during the implementation of the project. Down below are some of the main outputs produced on the four different hubs the project took place:

Spain
ZEMOS98 was the team coordinating the spanish hub. They developed a campaign titled “Municipal Recipes.” It was focused on documenting and providing our social agents (Barcelona en comú and Ahora Madrid, popular local candidacies in the two main cities of Spain) an unhurried narration far from the demands of the run­up to the elections. It reflected on on how social movements such as 15­M (also known as the spanish revolution) or the Tides tried to occupy the official institutions and local governments.

With a working hypothesis based on uncertainty, this campaign avoided an excessive focus on current events, preferring instead to decode the thousands of messages that were being transmitted every day, in order to recode them through a media creation that was more detained and reflexive and less time­ sensitive. As the municipal movement rushed towards the May elections, this campaign proposed a narrative that would help view things in the long­ term and understand the so ­called “new politics” of the municipal candidacies in less immediate terms.

The media production of the campaign included these main dishes:

Poland
The hub was coordinated by the Association of the Creative Initiatives “ę”. In the campaign City -­ A Common Cause, the short­ term aim was help to achieve goals of two social agents that would allow them to turn into the next phases of their struggles were reached. The project Ursus managed to gather signatures under the petition of saving the Ursus collection what resulted in long expected statement by the President of Warsaw. Achieving this, now is a place for organising social museum in collaboration with authorities, citizens, and private sector in Ursus. Open Jazdów finally won the battle of saving the houses and respecting the great process of commoning that took place there. Now a  a process has begun of creating an institution of the commons that will care and govern the area in collaboration with district authorities.

The media production carried out by the Polish medialab was:

Turkey
This hub was coordinated by Mode Istanbul. The overall theme of Turkish campaign  ‘Imagine it into Being’ was making the cities liveable by reclaiming common spaces. We aimed to define, highlight and promote “placemaking” in the context of Turkey as a transformative, grass­roots movement with a tangible, participatory and community ­based methodology for creating, protecting and revitalizing public spaces. We sought to develop a campaign with a holistic, cooperative, sustainable approach by focusing on two main deciding attributes, “scalability” and “creating long ­term benefits.”

One of the short term objectives for this phase of the project was creating, sharing and incentivizing tools to promote placemaking. They accomplished this by creating a “Crowdsourced Placemaking Platform”, which includes a “Placemaking Idea Map” to collect citizen’s demands in regards to their living spaces, a “placemaking guide” to help them conceive of the steps to follow, and a “resource” section to provide good (local and international) examples, a lexicon to stir thought and discussions, and a media room to share media works to motivate action.

The production carried out by the Turkish hub included, among other things:

United Kingdom
This hub was coordinated by the Future Film team of the British Film Institute. The aim the campaign titled ‘Pack Up Move Out No’ was to use media and documentary film to raise awareness of the housing crisis in London and to support our social agent Rosie Walker of Renters Rights London. UK Hub campaign’s long term outcomes were to equip activists and campaigners with the media materials and research to help them with their own housing campaigns. A blog on campaign’s website homepage documented the process of making the films on the homepage of the campaign website: Pack Up Move Out No. Short term outcomes were to raise awareness of the housing crisis. Research and statistics, along with the ‘Rentspeak’ definitions, were made and printed into a newspaper that was handed out at the final encounter.

The impact the campaign has had on the country was successful in bringing networks of campaigners together for the final encounter and empowering the audience of activists and campaigners with information and contact with each other.

The main productions made by the United Kingdom hub were:

These are just 4 examples on how media and activism can work together in order to foster social change. However, there is still a lot to. And the refugee crisis Europe is facing is just one example on how urgent it is to build critical narratives and independent stories trying to explore new ways of living together instead of hating ‘the other’.