When the initial idea for the theme of Collaboration came up we were looking forward to exploring the positive, innovative and unique collaborations that were inspiring us. Knowing how semantics and language play into our ability to be receptive to a new idea, we were critical of our word choice seeing as how it’s become an overused term. And now, after ten weeks of posts and features on creative collaborations that span the local food movement in San Francisco to the phenomenon of collaborative mourning in Toronto with innovations in creative economy and funding peppered in between, we’re happy we stuck to our guns.

We have indeed tired of the word collaboration but, we’re also thinking more critically about this notion. As the Occupy Wall Street movement continues to spread and prisoners are exchanged we’re thinking about collaboration a lot differently than we were ten weeks ago. Fittingly, our last post of this cycle is a philosophical meditation by Brown University scholar, Hussein Banai, who takes us through the pulls and tugs, pushes and vulnerabilities of how our personal freedom interacts with our collaborative natures.

Freedom is a delicate condition to contemplate and define but especially compelling to experience. It is, as Isaiah Berlin remarked, “a sacred, untouchable value” inextricably bound up with the totality of our social existence. In this sense, freedom – or ‘liberty’, as political theorists would prefer it – is a social value with visible (and consequential) political and legal boundaries, and as such it is formed in relation to, and is constitutive of, what the French sociologist Pierre Bourdieu called the habitus, that complex, somewhat incoherent amalgam of practices deriving habit (i.e. the boundaries of one’s liberties) from inhabitance (i.e. rules, norms, and rights).

But in a very acute sense freedom is also an existential condition experienced in solitude, as in when one feels free to have reached a mountaintop or to have explored the far seas. Freedom in this sense signifies the exaltations felt at not being with others in the communal habitation; indeed, it entails departure from particular habits.

Yet, in either case, we must ask under what condition(s) is an individual actually free? How does one surmount the seemingly thumping weight of social life without falling into the ethereal condition of loneliness? What is worth observing or holding on to about freedom given its myriad configurations between the extremes of impersonal social rules and norms on the one hand, and the often-taciturn affirmations of solitude on the other? Does freedom have any intrinsic attributes? What constitutes freedom?

In a world seemingly burdened by unequal relations of power in perpetuity, the question of freedom touches very significantly upon markers of identity. One’s social class, gender, religion, ethnicity, political beliefs, and even personal appetites, it would seem, are cause for (in)voluntary membership in corresponding groups and formal organizations either aggrieved or overjoyed by the level of representation in the society at large. In this sense, regardless of our enthusiasm for, or rate of participation in, such movements, we each are implicated in the discourse advanced about the limits and possibilities of our freedom. We are collaborators in the parade of fluff and horribles bandied about us.

This may at first sound like a decidedly deterministic and, indeed, dispiriting perspective. But the sobering reality of life in a society of diverse and intersecting identities needn’t detain us. Collaboration can entail either partnership or collusion – one can either be a willing participant in determining the shape of things to come, or passively carry on affirming the validity of settled customs. In either case, the authorization of a particular course of action – i.e. of being the author of one’s activities in society – rests with the self, conditioned though it certainly will be by the vicissitudes of context.

To endorse the idea of collaboration as partnership, therefore, would be to view the possibilities of one’s freedom beyond the arbitrary and oft-constraining boundaries of identity. It would mean embracing the difficult ironies involved in simultaneously putting forward a solid sense of self and doubting the bases of its coherence. More importantly, it would entail constantly striving for authenticity – to take full ownership of one’s thoughts and actions in relation to those of others.

There are a few principal ways in which authenticity as a quality or an idea seems essential to the experience of freedom so essential to collaboration as partnership. First, there is the experience of a departure from, or of a rupture in, communal identity, whereby authenticity attests to the unique quality of the action performed. For instance, of Gandhi’s campaign of non-violent civil disobedient against the British we say that it was only he who could have produced it (and hence be responsible for it), given his authentic mode of reflective engagement with friend and foe alike, his intellect, and his ability to forge meaningful partnership with others; as of course we would say in different realms of Mary Shelly’s Frankenstein, Einstein’s E=MCô, Roger Federer’s backhand, or Aung San Suu Kyi’s sacrifices for democracy in Myanmar. Then there is the notion of authenticity as approximating an organic, real, or original experience, as in when one reaches the summit of Everest in person, no longer marveling at the view or the experience from one’s living room.

Between these two very different modes of authenticity, a vast range of possibilities, puzzles, and concerns immediately opens out. Are certain collaborative acts slightly more/less free than others, given the tenuous relationship between context and identity? Are certain expressions of freedom more determined historically or sociologically than others, and depending on their magnitude, how do they influence other actions? For after all, as Lionel Trilling once observed, “we [humans] are creatures of time, we are creatures of the historical sense…[and so] we have the sense of the past and must live with it, and by it.” 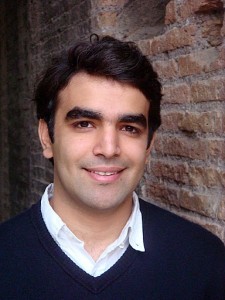 In other words, if the reasons offered up by a given collaboration are so wrapped up in existing circumstances and have come about as a result of events preceding them, then what sense is there to speak of free will and indeterminism? The added advantage of thinking about collaboration as perpetually torn between the difficulties associated with partnership and the comforts promised by collusion is to recognize and come to terms with the range of irreducible anxieties attached to our sense of freedom. For to be free is to act on the basis of reasons, which may or may not always be accessible, but can nevertheless, as the example of Gandhi shows, be discovered, reframed, and rearticulated so as to create new possibilities and avenues of action. Just as there was nothing historically determined about the discovery of the New World, slavery, the advent of the atomic bomb, or the Holocaust, so there is nothing historically determined today about the circumstances that condition our endorsement of attitudes and actions – i.e. of collaborations – in our name.

Hussein Banai is a Lecturer and Visiting Scholar at the Political Theory Project, Brown University in Providence, Rhode Island.