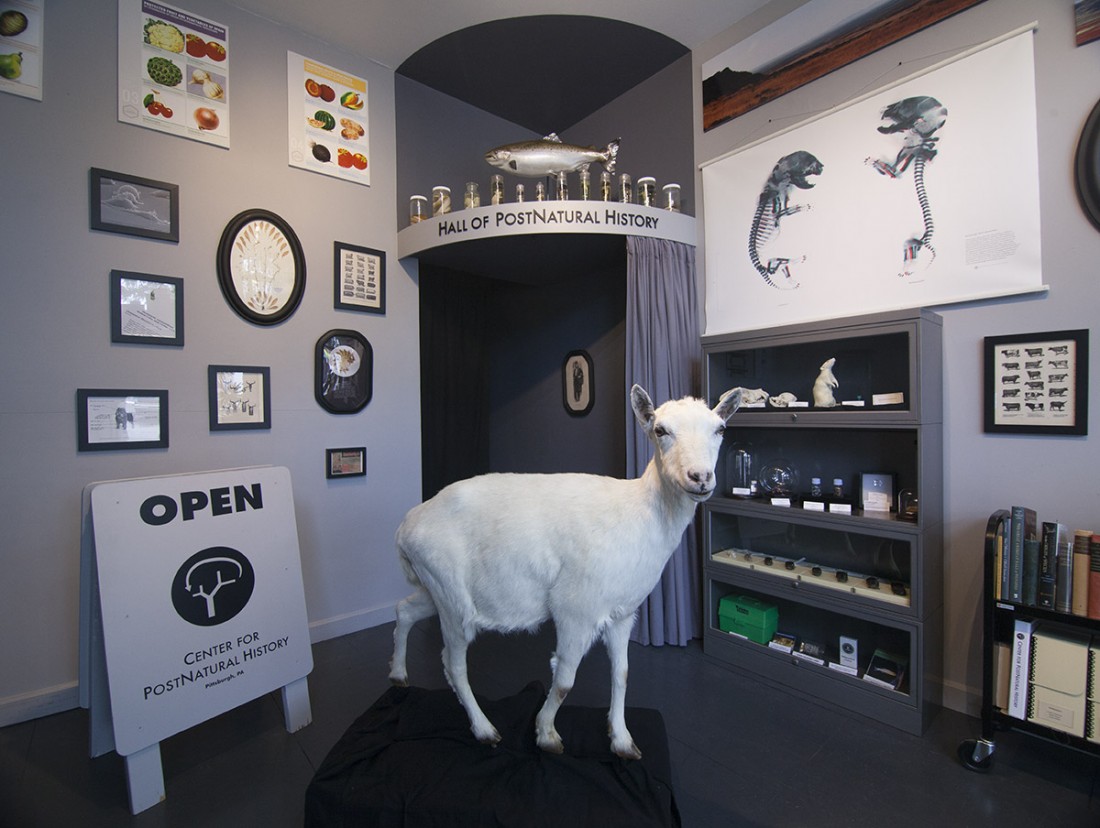 The idea is deceptively simple: Traditional natural history museums have largely ignored organisms domesticated by humans. These life forms, such as dogs, cattle, garden vegetables, and lab animals, have all been shaped by their relationship to human culture. Therefore, they are often left out of “natural history”. As a result, traditional natural history museums have also missed out on the explosion of altered life forms emerging from public and private research facilities during the last century. The Center for PostNatural History was created to address this issue, and to pick-up where natural history leaves off.

In the 2 years since we opened our permanent space, we have collected hundreds of artifacts, greeted thousands of visitors and produced a number of exhibitions, several of which continue to travel the world. Visitors to the Center for PostNatural History in Pittsburgh enter a salon-style gallery of photographs and assorted artifacts of the postnatural. Above the entrance labeled “Hall of PostNatural History” is a life-size model of the AquaBounty™ Salmon, a genetically modified fast growing Salmon that has been awaiting FDA approval for a decade. If approved, it will be the first genetically modified animal in the human food supply. 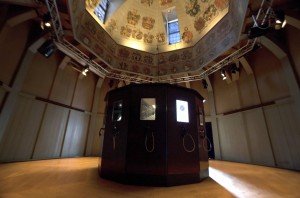 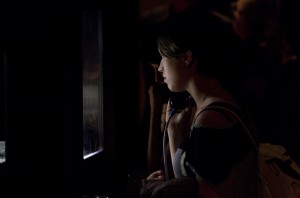 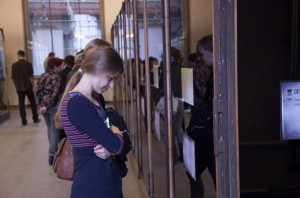 After passing through the curtain, the sounds of the city street fade away behind you as you enter a dimly lit gallery of small windows. The exhibits utilize diorama, taxidermy and media to tell stories about common and obscure postnatural organisms. The current exhibit in our rear gallery features our latest acquisition: an authentic taxidermied BioSteel™ Goat. This goat, named Freckles, was a part of herd of goats that were genetically altered such that they produce spider silk proteins in their milk. The milk is then refined and the spider silk extracted and wound onto spools. Spider silk is extremely strong and researchers hope that they will be able to produce much larger quantities of spider silk in this manner. Our exhibits provide an opportunity to view organisms like Freckles up close and to consider their meaning.

Since opening our permanent space, we have also produced two traveling exhibitions that are currently on tour in Europe. These exhibits examine postnatural history using specimens from our collection such as the Transgenic American Chestnut Tree, an alcoholic rat, the oddly shaped skulls of pure bred dogs, obese laboratory mice, and many more. The traveling exhibits have found homes in art galleries, conferences on issues in biotechnology, a 15th century surgical amphitheater and yes, even a natural history museum. The postnatural is a moving target and more organisms are created than we can possibly keep up with. However, as the postnatural grows, we continue to expand our collection and exhibition opportunities. In the coming year we will be producing new publications and increasing our online presence in effort to reach more people. It is thanks to Kindle that this is even possible.