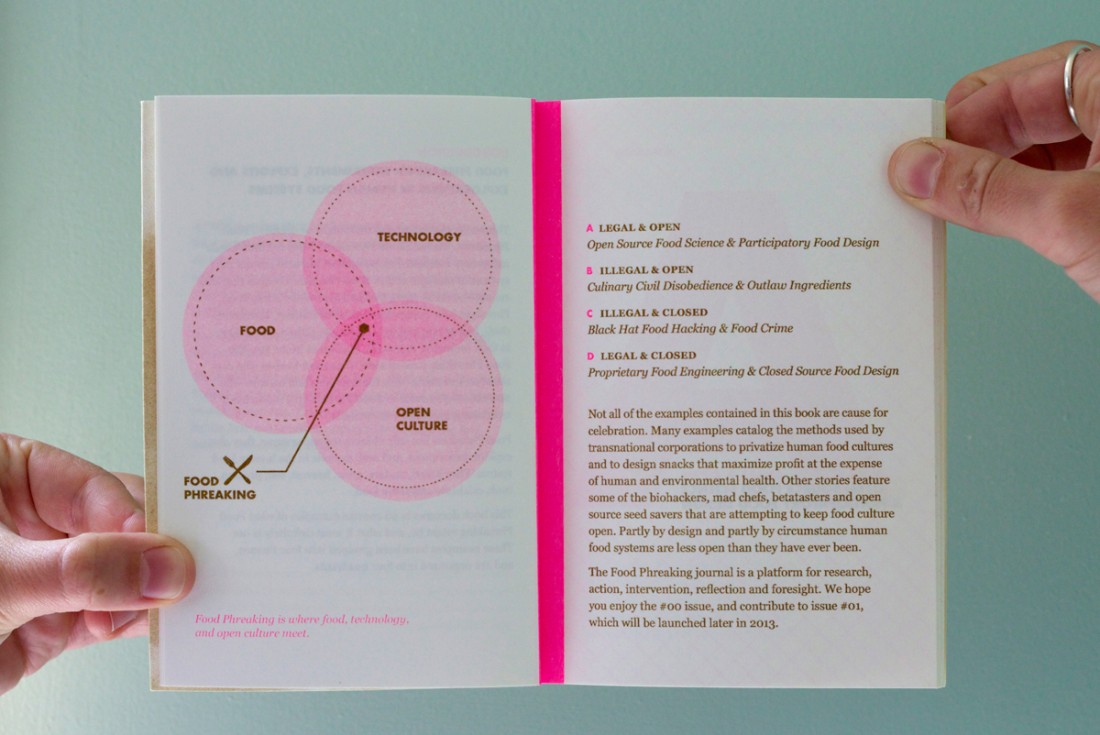 The Center for Genomic Gastronomy is an independent research institute that explores the genomes and biotechnologies that make up the…
http://www.genomicgastronomy.com

Center for Genomic Gastronomy – RECENT WORK
It has been a little less than a year since our last blog post for the Kindle Project Nexus and a lot has happened. This is a visual report of some of our most recent work, and an update on research mentioned in our last transmission.

COBALT-60 SAUCE
In last year’s blog post we described the Cobalt-60 Barbecue Sauce that we were in the process of making. This project dives deeper into the untold history of mutation bred crops. Here are some images of the bottles of sauce that we produced, an image from the part that helped pull it all together, and the final installation of the work at the San Jose Museum of Art’s “Around the Table” exhibition.

Our research into the history and future of mutation bred crops continues, and we are exploring the possibility of working with a research scientist to put one or more mutation-bred crops that are currently in our food system through the same rigorous screening process that new transgenic crops undergo.

Based on our literature review on the subject thus far, no one has returned to these somewhat unusual crops and used contemporary scientific tools to get a clearer understanding of how their genotypes were transformed by radiation.

We believe this research into mutation breeding research is important in order to better understand how scientific and political decisions made in the recent past (1950s – today) are effecting our current food system, and the contemporary choices we make.

As wider range of techniques are employed for transforming the genomes of food crops (selective breeding, mutation breeding, transgenic breeding, CRISPR techniques), and seed cultivars are increasingly swapped in and out of the food system at a faster rate, humanity would benefit from a more thorough and nuanced understanding of what has happened in the past.

After much collaborative effort, we finally rereleased Food Phreaking issue #00 in July of 2013. Since then it was named one of Gizmodo’s and Edible Geography’s 2013 books of the year. This has meant that we are almost completely sold out of the first print edition!

A free .PDF of the book is available here, and for those people that want to hold and flip though hard copy, a few are still available for purchase here: foodphreaking.com.

As we work on Issue #1 of Food Phreaking (due out in April 2014) we continue to strike a balance between free information and beautiful book design. Both the printed books and digital copies are creative commons licensed, and we ourselves are drawing on the commons significantly in the creation of these publications. Visit www.foodphreaking.com in late April to take a look at Issue #1 “A Culinary Atlas of a Few Curious Botanical Fruits”.

In 2013 we were commissioned to design a pop-up restaurant in the dining room of a historical palace as part of the Lisbon Architectural Triennale. After many months of planning and collaborations with Turismo de Portugal, we finally launched the restaurant with a series of 3 meals. Culinary students from three local food colleges ran the restaurant for 3 months, and we were able to make connections with interesting producers and food thinkers throughout Portugal during the run of the restaurant.

Finally, a video that summarizes our first 3 years of activity (2010 – 2013). The video gives a comprehensive overview of all of our activities for the last three years:

This video was used to apply for the VIDA 15.0: Art & Artificial Life awards. The Center was selected as the People’s Choice awardee. This meant that we were able to travel to Madrid, Spain in March of this year, and install a new archival library of all of our work to date. The library was conceived as a shipping container that can be sent and pop up any where in the world, and it is currently looking for it’s next home.

The container was fabricated in collaboration with Matthew Williams, a craftsperson in Portland, Oregon.

The Center for Genomic Gastronomy is asking us to dream a little...

What desirable food futures can we imagine and prototype today?