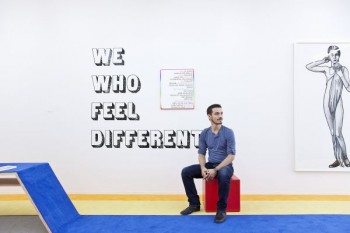 Carlos Motta
Carlos Motta (b. 1978, Bogotá, Colombia) is a multi-disciplinary artist whose work draws upon political history in an attempt to create counter…
http://www.carlosmotta.com/
Carlos Motta shares stills and poetry from his latest film, which just premiered at the Toronto International Film Festival on Sunday September 8th.

NEFANDUS
A video by Carlos Motta

In Nefandus two men travel by canoe down the Don Diego river in the Sierra Nevada de Santa Marta in the Colombian Caribbean, a landscape of “wild” beauty. The men, an indigenous man and a Spanish speaking man, tell stories about pecados nefandos [unspeakable sins, abominable crimes]; acts of sodomy that took place in the Americas during the conquest. It has been documented that Spanish conquistadores used sex as a weapon of domination, but what is known about homoerotic pre-hispanic traditions? How did Christian morality, as taught by the Catholic missions and propagated through war during the Conquest, transform the natives’ relationship to sex? Nefandus attentively looks at the landscape, its movement and its sounds for clues of stories that remain untold and have been largely ignored and stigmatized in historical accounts.

There are things whose name cannot be mentioned
actions which precede language, names, meanings,
desires which resist being recorded
instinctive, irrational, human moments
There are things that happen, that exist
outside cultural constructions

There are things whose name must not be mentioned
practices enunciated by a language that rejects them
desires inscribed with an abominable meaning, conquered by an orthodox logic,
moments colonized like the territory that comprises them
things turned into history and named against certain traditions; farce disguised as truth
There are situations that take place and are eradicated with moral violence, judged with fervent religious devotion

Those things called unnatural are the abominable sins. 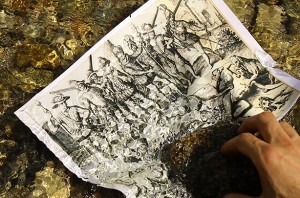 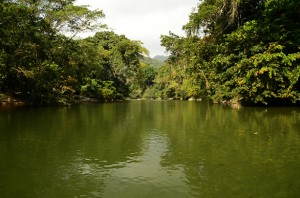 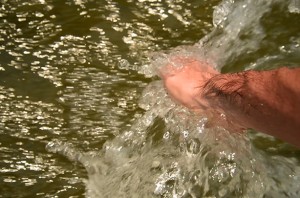 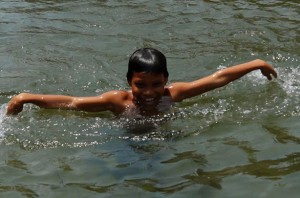 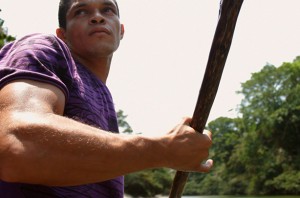 The landscape does not confess what it has witnessed; the images are out of time and veil the actions that have taken place there. If we watched attentively the current of the river, the foliage of the trees, or the weight of the rocks, would that reveal their history? No. We have need of instruments, documentation, signs. They were found throughout the American Continent, from the Yucatan Peninsula to the south of the Andes, proud and telling artifacts; earthenware and ceramic pots, jewels forged in gold, and stone sculptures representing homoerotic acts, acts of sodomy, of homosexual sex.

Today I travel along a river bearing the name of a Spanish Don, looking for signs of that celebrated sexuality, traces of the moment which preceded its demonization. This is a conquered river and a complicit river; its clear waters reveal scarred riverbeds where pre-Hispanic ethnicities saw their bodies floating, enslaved, dead, where their traditions were drowned.

The expression of the homoerotic was also noted by chroniclers, European settlers and evangelist missionaries saturated with faith and with the morality of a Western god.

In their chronicles they refer to the abominable sins as an abnormality; a shamanic and tribal perversion opposed to the generic sex foundations of “civilization”. Based on the biblical passage on sins against nature in Leviticus 18, “You shall not lie with a male as with a woman; such a thing is an abomination”, the process of evangelical domestication was, in their view, a “transcendent salvation”.

In this territory the Conquest established the notion of history and its pretensions of objectivity. Its accounts and chronicles are based on imported categories; they are responsible for our knowledge of the body and the stigmatization of sex. The anus owes to that moment its transformation into the organ of immorality, into the temple of male vulnerability, into the repository of hatred of transgression and into the territory of sodomy.

I search behind these wet rocks, through these silent trees and under these running waters, for signs of that which was before being named, traces of the pre-designated. I look for marks of an unknown and undocumented moment. I search for an image of desire before it was created, manipulated, altered, judged. I look for another history; one without violence or oppression. I seek to construct a lie in which I can see myself reflected. I escape from knowledge; I look for myself in a non-existing state.

My voice mediated by yours
Words imposed upon my actions
traditions designated as behaviors
your interests reflected on my body
I am a fiction invented by you
Look into my eyes, what do you see?
The flow of the river?

*Kogi is the language spoken by the Kogi people from Colombia 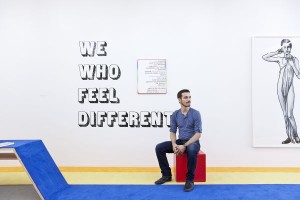 Carlos Motta is a multi-disciplinary artist whose work draws upon political history in an attempt to create counter narratives that recognize the inclusion of suppressed histories, communities, and identities.
Motta’s work has been presented internationally in venues such as Tate Modern, London; The New Museum, The Guggenheim Museum and MoMA/PS1 Contemporary Art Center
Motta’s video “Nefandus” won the Hoteles Catalonia Award for best video at LOOP 2013 in Barcelona and had its International Prémiere at the Toronto International Film Festival (2013).
Motta was named a Guggenheim Foundation Fellow (2008), and received grants from Art Matters (2008), NYSCA (2010), Creative Capital Foundation (2012) and the Kindle Project (2013).