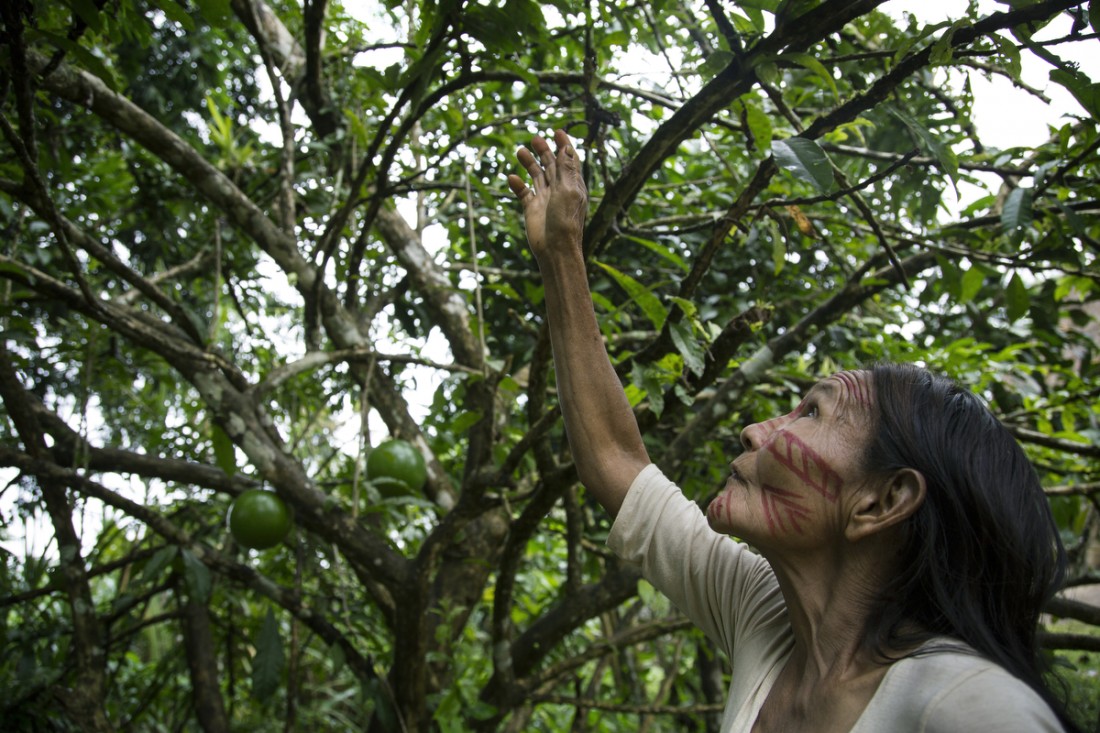 Amazon Women on the Frontlines of Climate Change

Amazon Watch
Amazon Watch is a nonprofit organization founded in 1996 to protect the rainforest and advance the rights of indigenous peoples…
http://www.amazonwatch.org
Amazon Women on the Frontlines of Climate Change
Words & Pictures by Caroline Bennett/Amazon Watch

“When women decide to do something, when we are firm and radical, we will be successful and make it happen!” Patricia Gualinga addressed yet another packed crowd in the very spirit of her words, moving the room to a standing ovation. “Everywhere on the planet, we have such a powerful impact.”

Paty was again bringing her voice and the voices of thousands of Amazonian women to the global climate conversation, this time as one of seven noble women who had traveled to the United Nations climate summit and ‘Climate Week’ events in New York City from various pockets of the planet to ramp up the fight for it. There at the UN Church Center we were talking about the root causes of environmental destruction and social injustice led by a fierce panel of ‘Women Leading Solutions on the Frontlines of Climate Change.’ Paty and an even larger group of fearless women will soon unite in Lima for the UN COP20 negotiations to speak out against activities and policies that threaten the earth, their communities, and our shared future while presenting alternative solutions to the climate crisis as world leaders enter into negotiations on the road to COP21 Paris and beyond.

As in other developing countries, women in the Amazon bear a disproportional burden as climate change impacts their traditional territories and environment. It is in the daily lives of these women—who are highly dependent on local natural resources for their livelihood—that the battle to save the family, traditional ways of life and the future of their children is played out. In order to further preserve biodiversity and limit its degradation, indigenous people—particularly women—can and should play a leading role in the global response to climate change. Amazonian women hold a wealth of knowledge and expertise that can be used in climate change mitigation, disaster reduction and adaptation strategies. These brave women are rising to become effective agents of change, and have taken the lead in a rapidly growing movement to protect their rainforest homelands across Ecuador. As female givers of life, the women of the Amazon have felt a great responsibility to lead the fight against impending oil drilling and the destruction of Pachamama, our “life giving mother earth,” and are calling on the world to keep oil under ground in their ancestral lands. 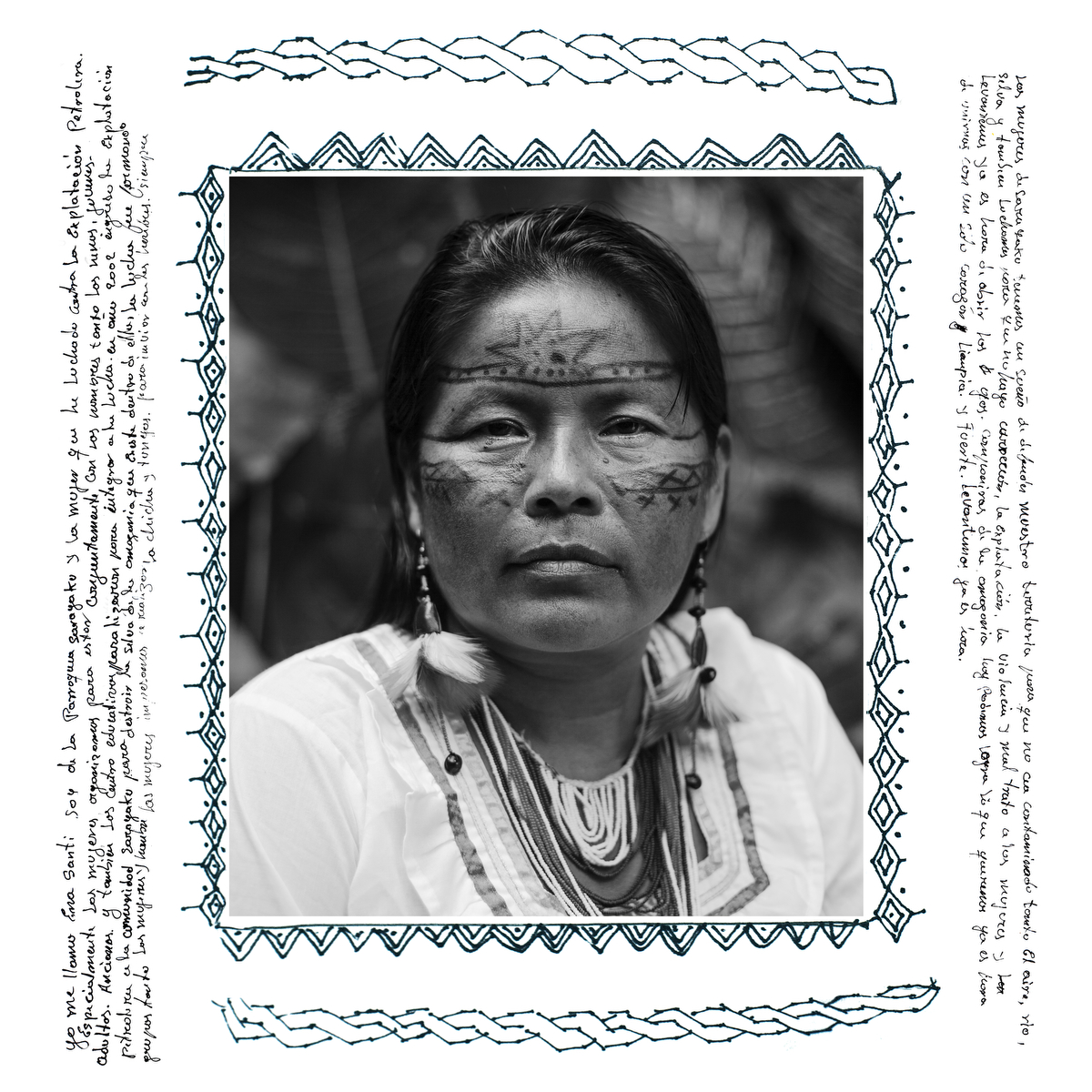 “My name is Ena Santi. I’m from the community of Sarayaku. I’m a woman who has fought against oil exploitation. In 2002 an oil company came into Sarayaku territory to destroy the Amazon jungle. The women in this community worked side by side with our children, youth, adults, and elders to resist. Even our schools shut down during our struggle against the oil company. We formed groups and divided the tasks to be able to hold out in our struggle. The women of Sarayaku have the dream of continuing to fight to preserve our territory, our jungle, our river, and our air free of pollution. We also fight against violence against women in the community. Let’s stand up. It’s time to open our eyes. It’s time to come together in one heart, pure and strong. It’s time we rise again.” – Portrait with symbols. Image ©Felipe Jacome

“Our indigenous communities, in which we are caretakers of the forests, are already feeling the impacts of climate change,” Paty and her relatives back in Sarayaku on the winding Bobonaza River have told me in various words time and again. “Our elder wisdom-keepers have been warning us for many years, they knew about this but weren’t listened to. They said there would be problems if we continued preying on Mother Nature, causing impacts so great they won’t only affect nature but also humankind. We are out of time, now is the moment for us to be responsible and bet on life as the continuity of our existence on this planet depends on it.” 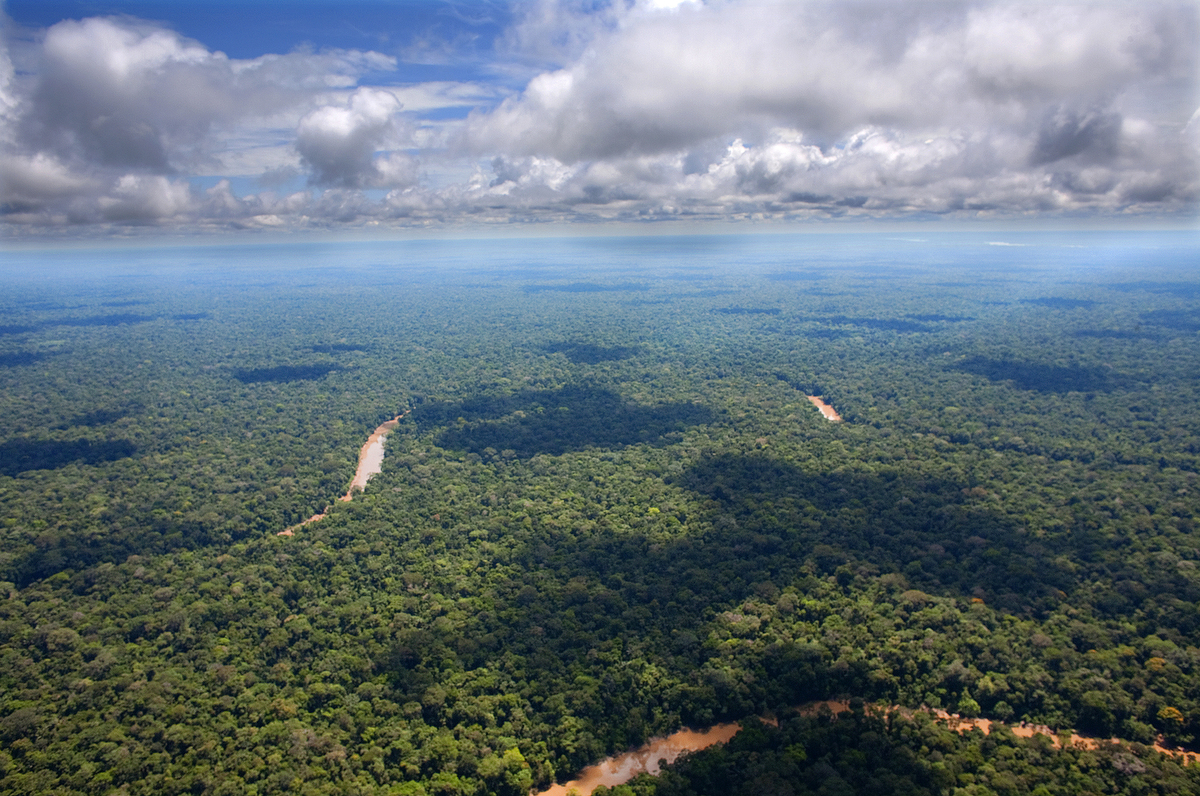 A selection of photographs brought by Amazon Watch from Amazon Women on the Frontlines of Climate Change continues to travel with the women’s delegations and will be on display in Lima around COP20 events, taking audiences to Sarayaku and beyond for a glimpse of life, struggles and solutions from the Amazon. These women and girls are true forces of nature, rising against great odds to lead the charge in the Amazon in unprecedented ways. Amazon Women on the Frontlines of Climate Change seeks to tell their stories through a representative selection of “speaking” images combining portraiture with written testimonies, along with a series of images documenting their perspectives and life in their traditional rainforest communities. The project was created in collaborative workshops with Kichwa, Shiwiar, Sápara and Waorani women; Ecuadorian photographer Felipe Jacome; Amazon Watch Editorial Director & Chief Storyteller Caroline Bennett; and in partnership with WECAN and Acción Ecológica.

“I’m honored that you can meet some of the other women who are fighting for our future at home, see our sisters and families who couldn’t be here through these photographs and their stories,” Paty told the New York crowd proudly, pointing to a portrait of indigenous leader Ena Santi, also from Sarayku. The series is now touring with a delegation of women leaders to spaces around the UN COP20 events in Lima on the road to the 2015 COP21 in Paris. 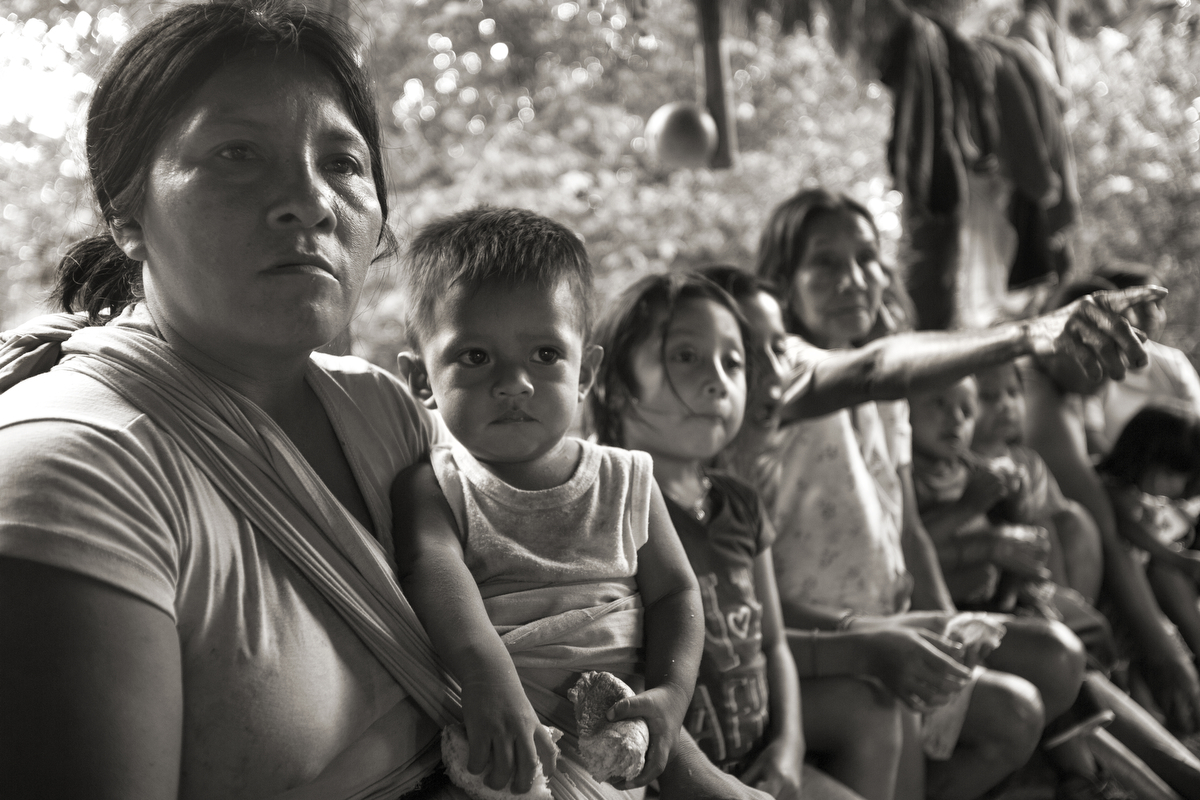