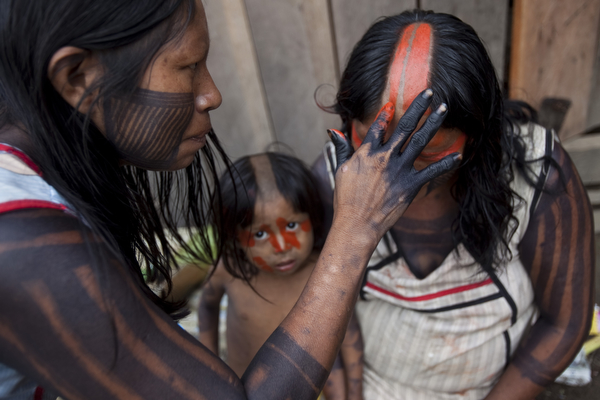 Amazon Watch – Notes from the Bacajá

Amazon Watch
Amazon Watch is a nonprofit organization founded in 1996 to protect the rainforest and advance the rights of indigenous peoples…
http://www.amazonwatch.org

The Star Woman, Notes from the Bacajá – Words and pictures by Caroline Bennett

Tears swirled with drops of sweat as smoke spiraled up the corner of the dusky hut, its inner walls pierced by a cascade of golden rays that shot through cracks and cast a warm glow on her crimson-painted face.

“For strength!” she said in her native Kayapó chant-like tongue, and gestured me to follow. She took my hand with strong fingers, weathered and black with fresh paint, and curiously twirled a lock of my foreign blond with the other hand. I sat cross-legged next to her on the earthen floor. Her wise eyes caught mine and softened as I smiled. She began to paint my body.

In the Kayapó myth of the Star Woman, a legendary heroine, the metamorphosis from star to human being is realized through the use of body painting and decoration. Red and black insect and animal-like markings zigzag and speckle the tan skin of Xikrín men, women and children, who believe that painting their bodies allows them to more easily connect to the spirits. I closed my eyes and envisioned her, a goddess wrapped in the same intricate pattern emerging on my right bicep. 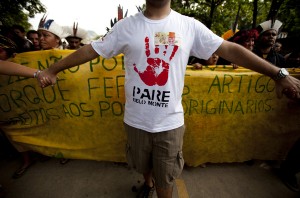 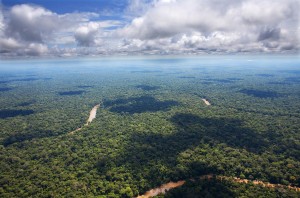 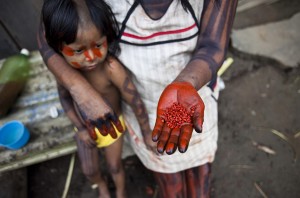 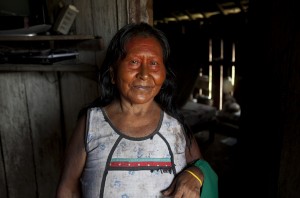 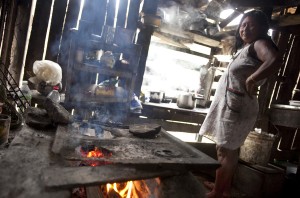 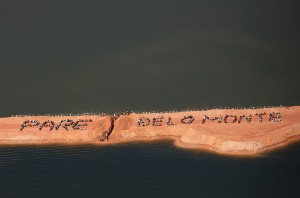 Earlier that day we arrived in Potikrô after navigating the vast waters of the Volta Grande to reach the heart of Xikrín territory on the bank of the Rio Bacajá, an affluent of the Xingu south of Altamira in the heart of the Amazon of Brazil. The Xikrín are a subgroup of the Kayapó, the westernmost group of the Northern Gê. The Kayapó – who call themselves “Mebengnôkre,” or “people of the big water” – are divided into 15 autonomous groups, each with its own name and distinct cultural characteristics. Our invitation had come from the Bacajá Xikrín, who live in eight communities scattered about the river’s lofted clay banks.

Scrambling up a grassy hill from the river, the village is a central plaza bordered by spacious thatched huts leading to the surrounding forest. Homes create a nearly perfect circle around a central “Men’s House” – a political, juridical, and ritual meeting space that is said to represent the center of the universe. It was there that I realized the tragic dimensions of the physical threat to the very pulse of the Xikrín people posed by the looming construction of the Belo Monte Dam.

Just the day before I had stood on the bank of the newly constructed cofferdam, a precondition to permanent damming. Its menacing red clay wall barricaded the life flow of the mighty Volta Grande, the “Big Bend” of the Xingu River. Already communities to the east faced flooding, and were forced to flee their homes as water crept up through their floorboards. Southern tributaries like the Bacajá would soon suffer opposite effects as the dam sucks them dry. 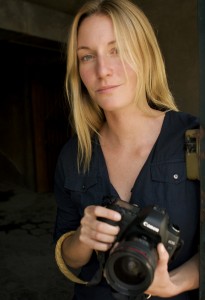 If the dam is built, healthy, clear rivers will be replaced by impassable creeks and stagnant puddles full of dead fish that will become the breeding grounds for malaria-carrying mosquitos. Rural riverine communities who rely on fish for nourishment and livelihood would be forced to the shanty outskirts of nearby Altamira, an industry boomtown that is already alarmingly overcrowded and taxed by a rapid influx of migrant workers. It is likely that the Xikrín will no longer be able to navigate the Bacajá river to the city, cutting off access to a world they’ve become dependent on and making medical help unreachable. Having pushed indigenous peoples closer to dependency on the outside world, the Brazilian government now plans to sever the connection, assuaging the region with meager gifts and misleading promises.

“Caroh-lee-não,” she whispered. Her rendition of my name sliced through the quiet with a melodic Kayapó accent that surprised us both. My mind was buried deep in the sounds and smells of the rainforest, and lulled by the methodical stroke of a wet reed on my skin as she painted. Visions of the Star Woman. With projects like Belo Monte looming, I wondered if the Xikrín ever wished they weren’t trapped in these human bodies and faced with a physical world deteriorating around them. Take me back to the sky! Back in the smoky hut, I opened my eyes to find intricate networks of celestial constellations dancing down painted arms.

Caroline Bennett is an award-winning storyteller and the Communications Director at Amazon Watch, a nonprofit organization working to protect the rainforest and advance the rights of indigenous peoples in the Amazon Basin. Amazon Watch works directly with indigenous communities and at the regional and international levels to protect ecologically and culturally sensitive ecosystems in Brazil, Colombia, Ecuador and Peru, where millions of acres of rainforest and wetlands are under threat from oil and gas development, mega-dams, roads, and other unsustainable infrastructure projects.

Join Amazon Watch in showing the world that the Amazon is not for sale!