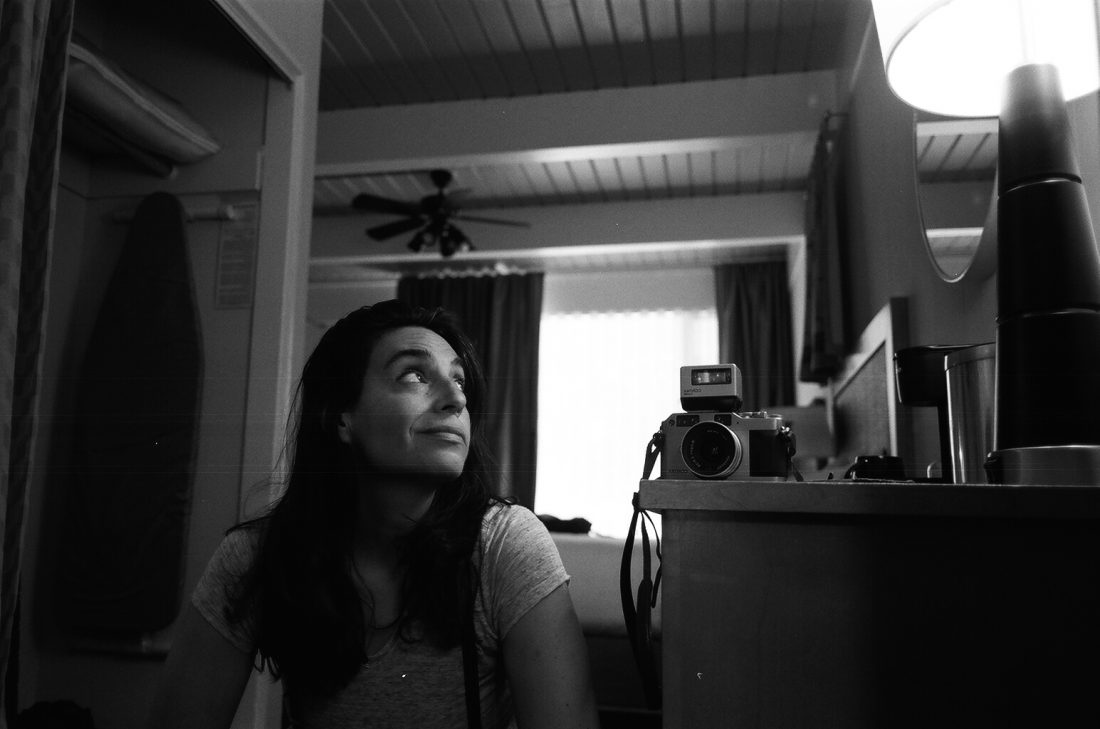 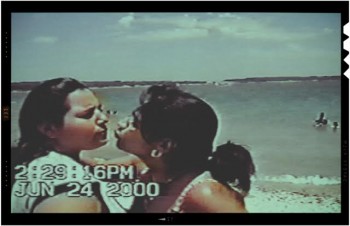 2. What is one thing you wish the general public knew about your work?
The more intersectional and complex, the more I want to tackle it, yet the more I am scared that I won’t be able to pull it off. BUT, if I can get it right, that’s where great cinema & art lie for me.

3. If funding were no object, what would you do?
I’d create a massive televisual or film series on Crime Myth & Mythology using only animation, stop-motion, and really go on the hunt for fantastic archival footage. It would start from the Victorian era and span til the 1980’s and be inspired by German Expressionism.

4. What do you see as the greatest challenge your community is facing?
I live in a heavily gentrifying city, Austin, where I see people of color displaced at astonishing rates.

5. What is the strongest asset of your community?
Its relatively slow pace and ‘laid-backness’ make it a pleasant place to live and raise a family—that matters to me as a queer mom raising two boys.

6. What’s your favourite way to procrastinate at work?
Read Gawker.

7. If you weren’t doing this kind of work, what would you be doing?
A screenwriter.

10. Favourite activist?
Hard to choose! Adrienne Rich and bell hooks at this moment.

12. What did you eat for dinner last night?
My wife, Karen, made my son and I grilled peanut butter sandwiches! So decadent.

13. If you could give $10,000 to any organization besides your own, which would it be?
Innocence Projects—any of them, as they are all doing great work.

14. On what occasion do you lie?
Sometimes to my mother when I say I’m in a meeting and can’t talk.

15. What do you think is the greatest social issue of our time?
Oooof, good question: I think all aspects of Criminal Justice / Policing in America are pretty high up there.

16. What do you think needs to be changed the most in our world?
People need to be taught how to listen and sit still more.

17. What book are you reading right now?
Bruce Jackson’s The Story is True and Hitchcock by Truffaut.

18. What is the guilty pleasure television show that you watch?
Game of Thrones. And The Real Housewives of New York, but PLEASE don’t tell anyone.

19. What’s your favourite online resource for news and for fun?
I’m pretty addicted to Twitter.

20. Where would you like to live?
Anywhere my wife & children live and for the near future that’s Austin.

Bonus Question – What is your personal motto?
#dontletlifescareyou
Deborah S. Esquenazi is a documentary filmmaker, radio producer, curator, journalist. Her work explores the intersections of mythology & justice, identity & power. She is a Rockwood JustFilms Ford Foundation Fellow, 2016; Firelight Media Lab Fellow, 2016; Artist-in-Residence at the Mexican-American Cultural Center in Austin, 2016-18; Sundance Creative Producing Fellow, 2015; Sundance Documentary Film Fellow, 2014. Her projects have received support from Humanities Texas, Sundance Institute in association with JustFilms Ford Foundation and Open Society Foundation, Chicken & Egg Pictures, IFP, Arcus Fund, Paul Robeson Fund, and many others. Her debut feature documentary, Southwest of Salem, premiered at the 2016 Tribeca Film Festival to critical acclaim, and is a reinvestigation into the bizarre allegations waged against the ‘San Antonio Four’ during the ’Satanic Panic’ of the 1980-90’s. It will have its theatrical debut in September 2016. Esquenazi is also one of the founding members of the All Y’all Southern Documentary Collective, founded by Elaine McMillion Sheldon and Darcy McKinnon in 2016.

Help the San Antonio Four with their exoneration battle

Tweet/Facebook the district attorney’s office to take a stand!

Facebook: I am angered by Judge Pat Priest’s ruling to not recommend exoneration for Elizabeth Ramirez, Cassandra Rivera, Anna Vasquez, and Kristie Mayhugh. I want Nico LaHood and the District Attorney’s office of @Bexar County to take a stand on the San Antonio Four case to declare actual innocence and have the women exonerated for their wrongful convictions. #FreetheSA4 #SouthwestOfSalem

Click here to learn more about how you can support.