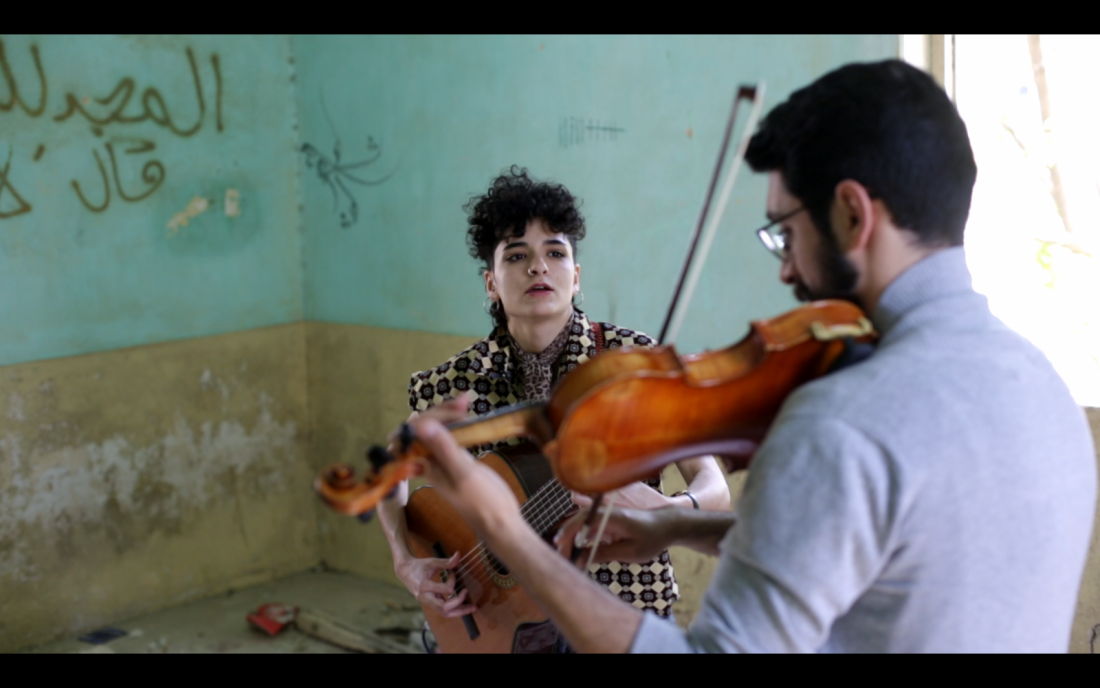 In the Middle East and North Africa (MENA), music is more than just a creative outlet: it functions as a social tool that amplifies the voices of marginalized communities in a way that transforms established narratives of the region. In climates rife with censorship and state-sponsored propaganda, where written communications are monitored and suppressed, music presents a unique means for expression that is more difficult for the state to control.

I grew up in Bahrain listening to local independent hip hop, folk, and alternative rock which provided a clear window into the happenings in the region. It gave me insight on the experiences of those around me, including those of persecuted minorities who use music as a powerful medium to reclaim their agency in societies that often discount them. From Kurdish artists who perform songs in their criminalized native tongue, to Arab women musicians whose songs promote political equality, socially-conscious artists were telling their own stories on their own terms, and using their voices to empower their movements. Music is a powerful weapon against forces that would seek to co-opt, corrupt, or suppress the messages of minority and underprivileged communities whose very existence is politicized in our region.

As this type of music was increasingly being produced by artists and sought out by fans, I recognized the need for a single platform to effectively curate this content for easy discovery: a place to find artists across different countries and genres that was accessible in as many ways as possible. Existing outlets present in the region excluded political artists at the behest of our governments, leaving no room in the market for the voices of these musicians to be widely heard.

I created and launched Mideast Tunes in 2010 as an experimental online database to catalogue the amazing independent artists throughout our region. Today, Mideast Tunes is the largest platform for underground musicians in the MENA who use music as a tool for social justice advocacy. It showcases artists from a wide range of backgrounds and provides an environment in which they can communicate and network. It facilitates self-expression in our highly-repressive societies, connecting musicians and listeners to share experiences that challenge the status quo.

It is the mission of Mideast Tunes to unite people across social, political, and religious barriers by encouraging constructive discourse through the arts and providing a common space for creative self-expression. One of our central objectives is making the arts accessible to everybody: the platform is free to use for both artists and listeners, and has an “offline listening” mode for users without reliable internet connections, such as fans in Palestine and Iraq where many of our active users reside.

As Mideast Tunes has grown, we have expanded our projects to best reflect and support artists and marginalized communities throughout our region. We have produced original podcasts in multiple languages to provide a platform for artists to speak about what goes into creating their music and the political significance of their work. We have hosted digital media production trainings for regional youths and refugees to equip them with the knowledge and skills to record their own podcasting programs to more effectively share their stories and those of their communities. We have even produced documentary films showcasing underground music scenes across the region. Mideast Tunes’ various initiatives broaden access to music and broadcast media, amplifying the voices of creatives in the region and encouraging them to contribute to a wider social dialogue.

Mideast Tunes and its community harness the power of music as a positive and necessary component in the self-empowerment of MENA populations, with the knowledge that creative expression actively counteracts myriad destructive forces which impact them. Independent music in MENA works to challenge simplistic foreign narratives of the region, and to revitalize local communities struggling against repression on a daily basis. Music from the underground, especially from underrepresented voices, plays a crucial role in social justice movements in the region and presents the MENA as a vibrant cultural landscape.